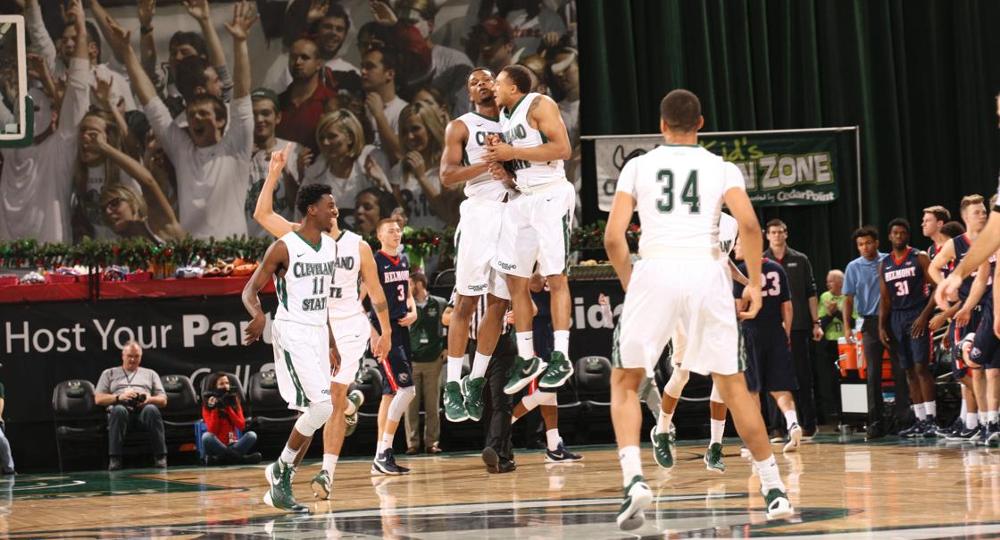 Eight non-conference home games, two first-time opponents and hosting the Northeast Ohio Coaches vs. Cancer Doubleheader are some of the highlights of the 2018-19 Cleveland State University men’s basketball schedule that was released Wednesday afternoon.

The upcoming schedule is not without its challenges for the Vikings, who are coming off their first Horizon League championship game appearance since 2009. Eight of the 11 non-conference DI opponents on CSU’s slate finished with an overall record of .500 or better last season. Within the first six weeks of the season, Cleveland State will play four road games against teams that finished in the top 90 of last season’s RPI.

Season tickets for the 2018-19 season are available and can be purchased by calling or texting (216) 687-4848. Individuals who purchase two or more 2018-2019 men’s basketball season tickets will be part of the pre-sale for the 2020 NCAA Tournament Men’s First & Second Round games in Cleveland (certain restrictions apply).

Cleveland State will open the second season of the Dennis Felton era with a tough matchup as it visits Davidson Tuesday, Nov. 6. It will be the first-ever meeting between the Vikings and Wildcats, the defending Atlantic 10 champions.

The Vikings will then open a four-game homestand by hosting the fourth annual Northeast Ohio Coaches vs. Cancer Doubleheader. Akron and Youngstown State will play the opening game followed by the Vikings hosting Kent State, with one ticket granting fans access to both games.

After hosting Urbana Tuesday, Nov. 13, CSU will play its next four games as part of the Buckeye Basketball Classic.

Cleveland State hosts South Carolina State for the first time ever Friday, Nov. 16, and then plays Samford for the inaugural time two days later. The Vikings will then travel to Ohio State Friday, Nov. 23, matching up with the Buckeyes for the first time since the 2009-10 season. CSU will close play in the Classic by hosting Purdue Fort Wayne Sunday, Nov. 25.

A road trip to DePaul will close the month of November, marking the first meeting between the programs since 1985-86, the year that Cleveland State advanced to the Sweet 16.

After welcoming Notre Dame (Ohio) Dec. 9, the Vikings will play their non-conference road finale at Illinois State Dec. 16. It will be the first meeting between CSU and ISU since the 1988 NIT.

Cleveland State will close non-conference play Wednesday, Dec. 19, by hosting Niagara. It will be the first meeting between the teams in Ohio in over 30 years as the teams resumed the series after a hiatus last year in New York.

The Vikings will open their 18-game Horizon League slate with a pair of home games Dec. 28 and 30 against Oakland and Detroit Mercy.

Trips to Wright State (Feb. 21) and Northern Kentucky (Feb. 23) are followed by a regular-season finale at Youngstown State Saturday, March 2.

A variety of mini plans are available that provide fans with discounts off individual ticket prices. Two-game plans, featuring the Coaches vs. Cancer doubleheader and one other game of choice, three-game plans and flex plans are all available by calling or texting (216) 687-4848.

Cleveland State advanced to the Horizon League Championship game last March in Felton’s first season at the helm. The team completed a foreign tour in Italy in mid-August.