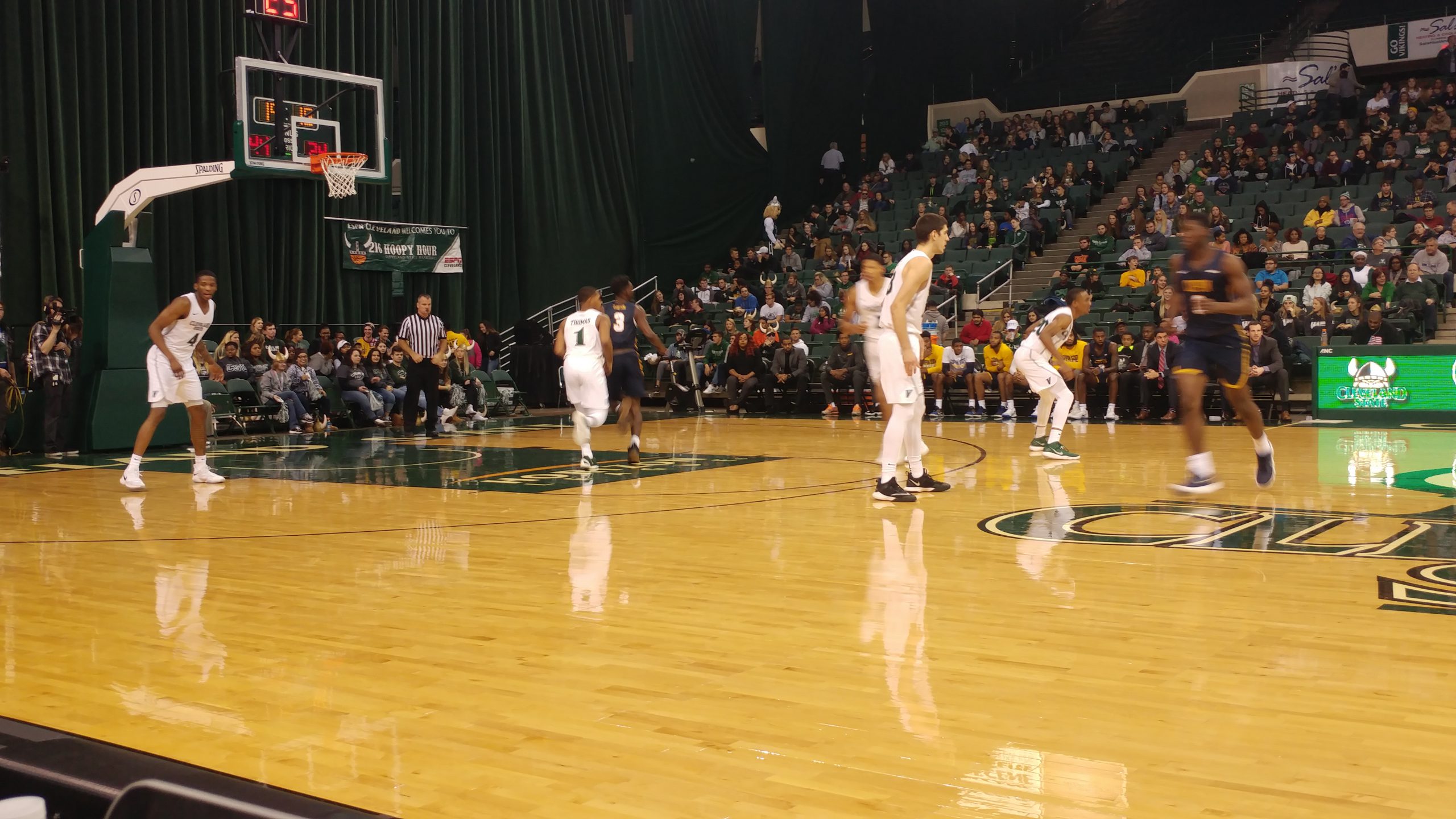 CLEVELAND, Ohio- It was a strong showing for Head Coach Dennis Felton’s Cleveland State Vikings in their home opener against the Coppin State Bald Eagles. Just a few days after being on the receiving end of a double-digit loss, the Vikings found their rhythm early from behind the arc and refused to slow down. Cleveland State shot 43.8% from three-point land and the team could credit that statistic as one of their main reasons for being on the right side of a double-digit game.

Kenny Carpenter came right out of the gate on a mission, hitting three quick long-range shots to test the waters. Then, he shot some more and realized his shot wasn’t going to stop falling. Carpenter cruised to 24 points in the first half while also grabbing six rebounds in the eighteen first-half minutes he played.

Cleveland State would string together an 11-2 run to start the game and that was an early indicator of how the night would go. The Vikings finished the first half with a 41-24 lead over Coppin State, who struggled to find any offensive flow.

The second half was much of the same, as the Vikings followed the same mentality they had in the first half: Find the open guy, spot up from three, extend the lead. Bobby Word and Stefan Kenic would both sprinkle in their games, both finishing in double-digit scoring. Kenic had thirteen points while Word added twelve, respectively. Seven different Vikings scored tonight, spreading the wealth amongst themselves.

Dejuan Clayton led the Bald Eagles in scoring with 20 points on the night.

Cleveland State would cruise to a 24-point victory, defeating the Bald Eagles of Coppin State by a final score of 80-56.

It was terrific. Winning is always great,” said Cleveland State Head Coach Dennis Felton, who notched his first win as head coach of the Vikings. “One of the reasons I’m so happy is because it was a first impression game for our fans and I was really really excited to see such a great student turn out. I was very hopeful that we would give our fans, especially our students, a reason to want to support this team and come back, (a reason to) get behind this movement of ours of building a great program.

For Carpenter, he and his teammates had their eyes set on a win after falling to 0-2 to start the season.

“We just had the mindset that this was a must-win game.”

Cleveland State (1-2) heads to East Carolina (1-2) on Monday and will look to make it two in a row starting at 7pm.