Cleveland Monsters Defeat Rockford IceHogs 3-1, Improve To 2-0 On The Season 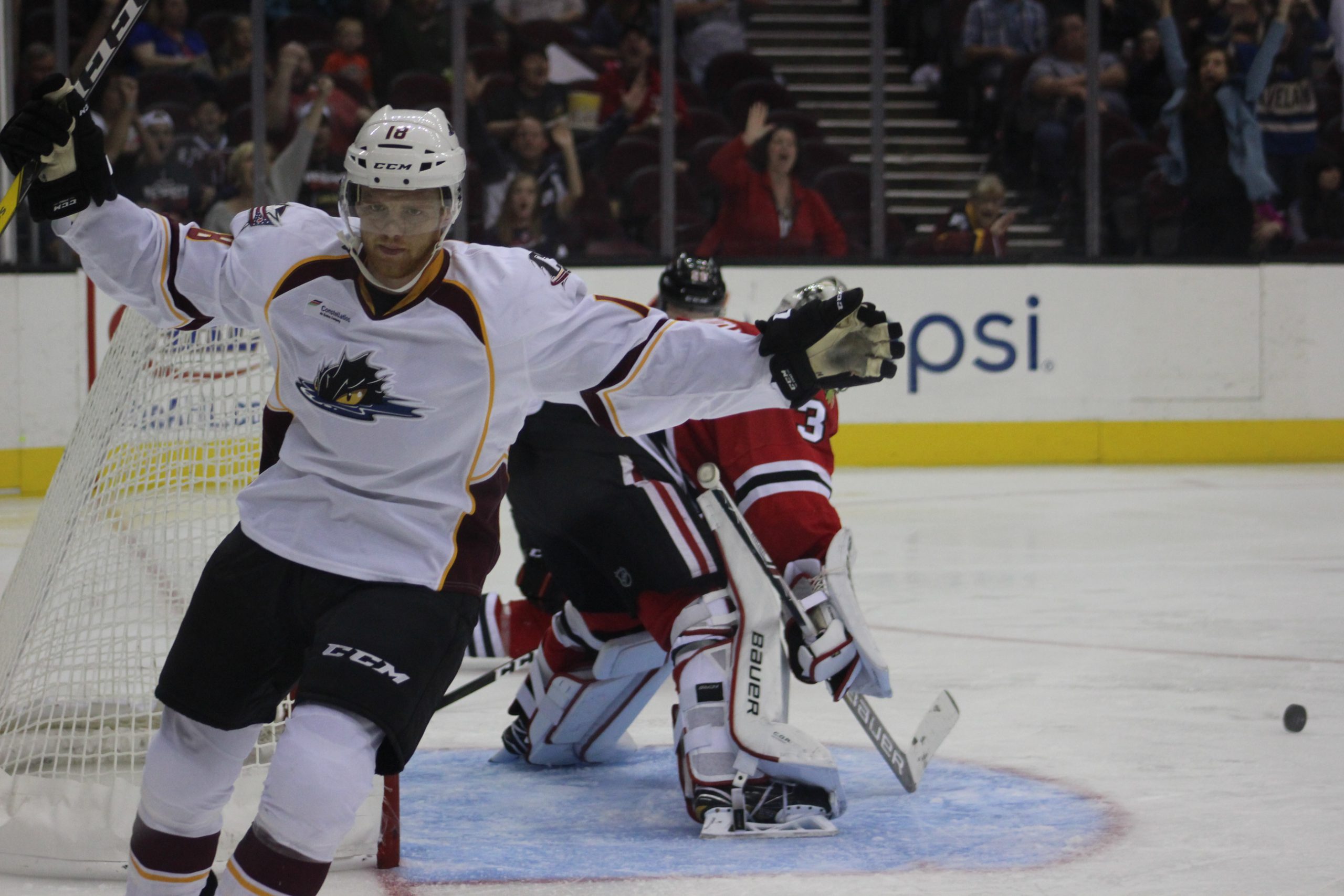 CLEVELAND, Ohio- The Cleveland Monsters looked to finish off a very successful weekend, as they took on the Rockford IceHogs for the second time in two nights. The fans were ready to see the defending Calder Cup champions inaction, and the Monsters excited the crowd from the very beginning.

Aaron Palushaj started off the scoring forty-six seconds into the first period, as he scored his first goal of the season. That seemed to energize the rest of the team. Palushaj had been moving around earlier in his career and he looks to have found a home here in Cleveland. The only thing Rockford had going on for them is the very physical play. Anton Forsberg was back into his groove, stopping eleven shots on goal in the first period.

The second period turned out to be very successful, as Cleveland scored twice. The first score was from T.J. Tynan, who scored a goal off of a pass from Frank Hora at the 6:20 mark of the period. The second one was a Nick Moutrey goal off of a few gorgeous passes from Jordan Maletta and Justin Scott. That score came at the 15:00 mark of the second frame. At this moment, it felt like shades of last year’s team. From the phenomenal goaltending to the diversity of scoring, this was a team that had not missed a step. Though Rockford scored a late second period goal at the 18:27 mark, the IceHogs still seemed to have trouble getting the offense going. Going into the third period, the Monsters held a 2-1 lead over Rockford.

The third period was a very physical, defensive twenty-minute stretch. Coach John Madden’s team had looked to implement his defensive ways, as Rockford had nothing going for them. In the end, the Monsters walked away with a 3-1 victory. Anton Forsberg collected 26 saves on the night, allowing only one goal. The most remarkable stat coming out of this weekend is that the Monsters have been as efficient as you can be on Penalty Kills, going 9-9 over the two-game stretch. The team will travel for a three-game road trip, the first being against Grand Rapids on Saturday, October 22nd.