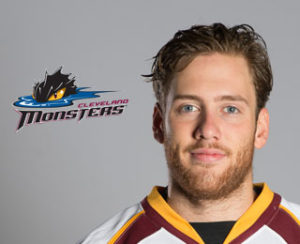 CLEVELAND – The AHL’s Cleveland Monsters, announced Thursday that rookie defenseman Jacob Graves was assigned to the Monsters by the NHL’s Columbus Blue Jackets. Graves, 21, was signed by Columbus as a free agent on July 5, 2016.

Next up for the Monsters, it’s a Saturday road clash vs. their Central Division rivals, the Grand Rapids Griffins, with full coverage, stay tuned to neosportsinsiders.com and follow me on Twitter @NEOSI_Sprouse.