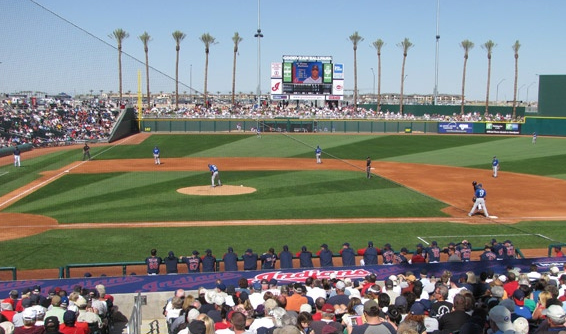 The Cleveland Indians announced their 2018 spring training schedule on Monday, with their first game in Cactus League play slated for Feb. 23 against the Cincinnati Reds.

Pitchers and catchers will report to Goodyear, Ariz. on Feb. 14, while the rest of the team will report four days later on Feb. 18.

One part of spring training that is new this year is the 2018 Las Vegas Big League Weekend. The Indians will play the Cubs as part of the event on March 17-18. The Tribe will play 33 total Cactus League games this year, with 17 games played at Goodyear.

Cleveland will end their exhibition season with two games against the Arizona Diamondbacks on March 26-27 before going to Seattle for the season opener on March 29. The home opener is slated for April 6 against the Kansas City Royals.

Check out the full spring training schedule below: 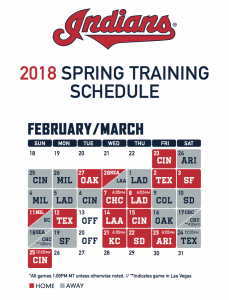