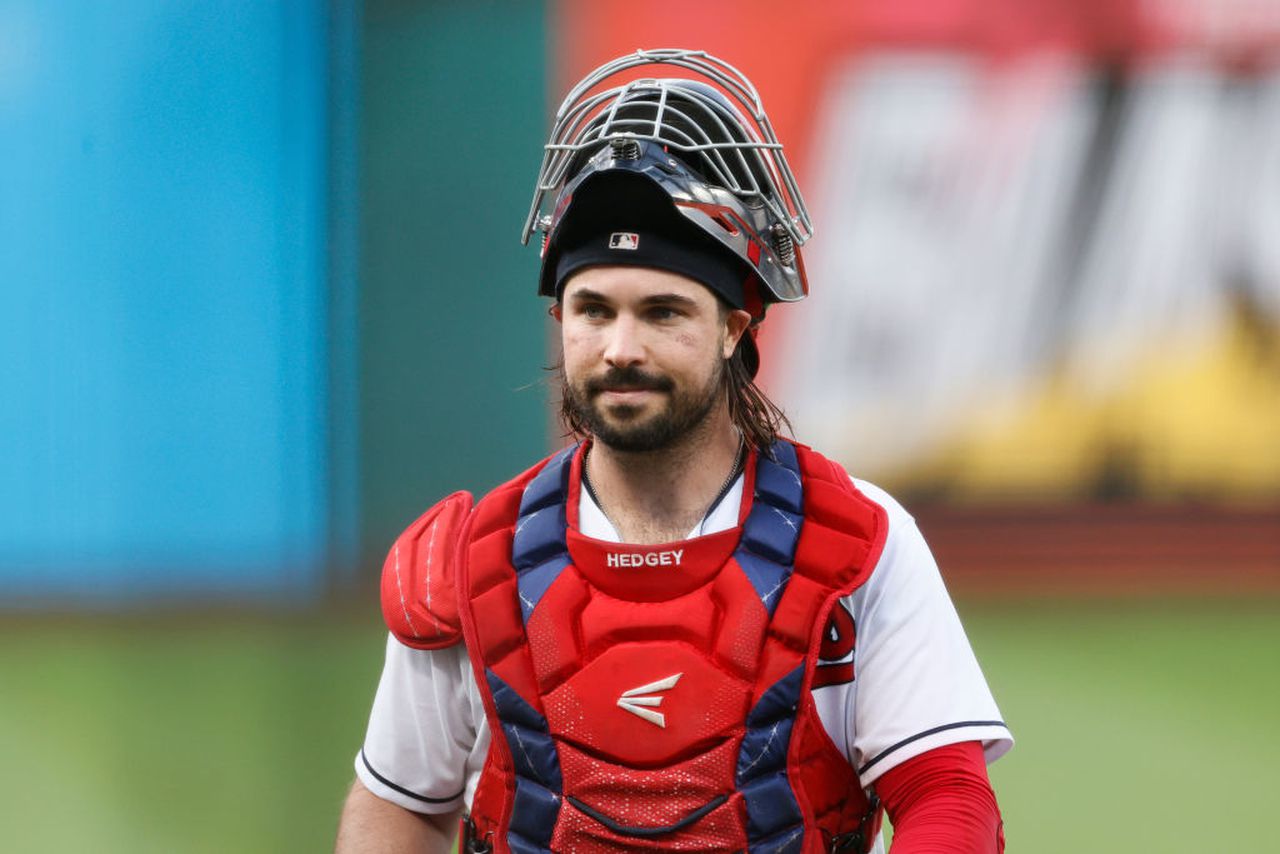 Cleveland hosted the Royals for the second game of a three-game series on Tuesday. Cal Quantrill was on the bump for the Cleveland Guardians. He made quick work of the Royals in the first inning.

Amed Rosario got the party started in the first with a triple. Owen Miller and Ernie Clement each chipped in with an RBI a piece.

Oscar Gonzalez, who had his contract selected from Triple-A Columbus less than a week ago and has hit safely in all four games since his MLB debut. He had two RBI tonight. Gonzalez has provided a boost to the offense. He also added to a stellar defensive play to get Andrew Benintendi out at the plate. Guardians catcher, Austin Hedges, provided a diving catch behind the dish to save a run. The rookie made a great throw from right field to Hedges to end the inning.

The throw! The dive! The tag! The Hammy call!#ForTheLand pic.twitter.com/juL9KfI6LG

Hedges, who’s not known for his power, hit a three-run bomb. After the game Hedges said “it’s ok they didn’t want to beat him (Jose) at the plate, he went on to steal second and it’s up to the rest of us”

Jose Ramirez was intentionally walked in his first two at bats. He led off the inning in the fourth with a single and a stolen base to follow. If Ramirez keeps producing as he has been, I predict a significant amount of intentional walks in his future. Manager, Terry Francona talked of the intentional walks after the game: “If they want to pitch around him, you hope they pay…so I was really glad we scored…maybe that’ll slow that down some.”

Quantrill finished the night going 6 1/3 giving up three runs on six hits. Despite turning in quality starts in his past few outings, the offense backed him up tonight, allowing him to get his second win of the season.

The Guardians look to sweep the series tomorrow. Game time 1:10.