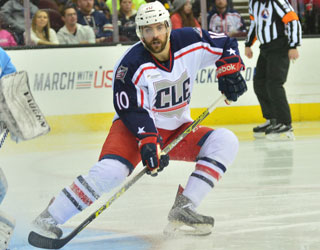 CLEVELAND – The AHL’s defending Calder Cup Champions, the Cleveland Monsters, proudly powered by Constellation, announced Thursday that sixth-year left wing Joe Devin signed a professional tryout contract (PTO) with the club. Devin joins the Monsters from the ECHL’s South Carolina Stingrays, for whom he supplied 11-12-23 with 20 penalty minutes and a +1 rating in 37 appearances this season.

Next up for the Monsters, it’s a Friday home clash vs. the Iowa Wild with full coverage, live from The Q, underway at 7:00 pm on 99X and the Monsters Hockey Network.