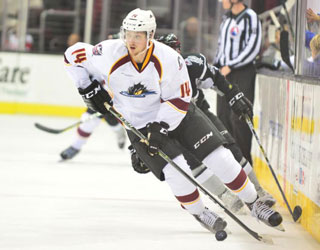 In 17 postseason appearances for the Monsters in 2016, Kukan posted 1-4-5 with two penalty minutes and a +4 rating, helping the Monsters claim the 2016 Calder Cup as AHL Champions. Signed as an undrafted free agent by Columbus on June 1, 2015, Kukan spent parts of four seasons with Lulea HF in Sweden’s SHL from 2011-15.

Next up for the Monsters, it’s a Friday home clash vs. the Iowa Wild with full coverage, live from The Q, underway at 7:00 pm on 99X and the Monsters Hockey Network.