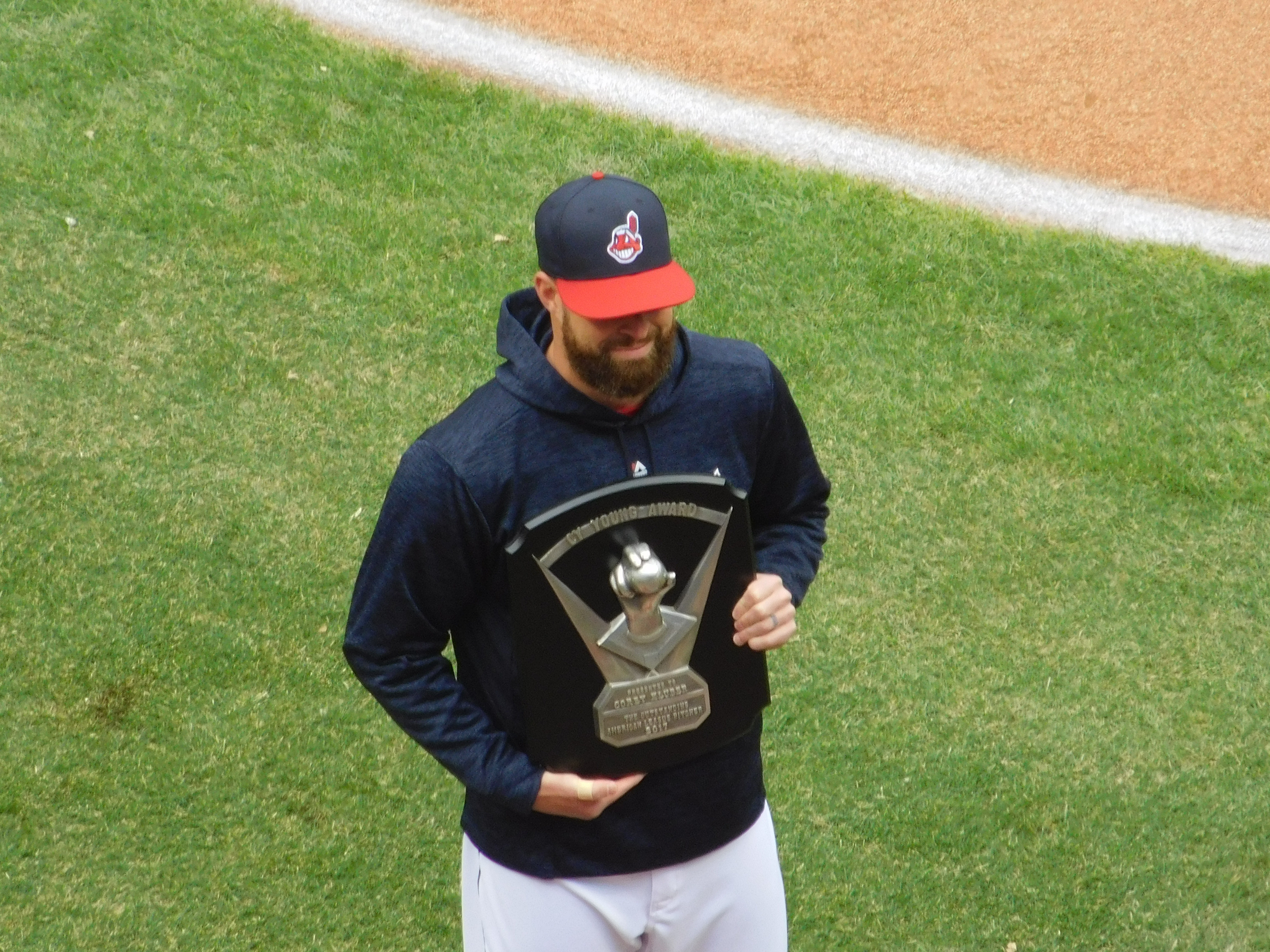 CLEVELAND– Tuesday is Indians ace Corey Kluber’s 32nd birthday, and he really went into it in style on Monday night, pitching eight innings and fanning 13 batters.

Anyone who knows anything about Kluber knows that he is hardly someone who wears emotion or excitement on his sleeve. Therefore, it’s only fitting that his locker would be decorated in the straightforward way first thought up by Dwight Schrute of “The Office.”

"What is that? It is your birthday (period)."

"It's a statement of fact."

"Not even an exclamation point?" pic.twitter.com/LGOO7x0fqX

Considering it is not too often that one gets to pen an entire article about “The Office,” allow me to provide some background.

The decorations come for “The Lecture Circuit” two-part episode in the fifth season of the series, in which Jim and Dwight are placed in charge of the party-planning committee and forget to plan a party for Kelly. As neither of the two really know anything about planning parties, the decorations end up like the ones above at Kluber’s locker and shenanigans ensue. In the end, Kelly is happy when Jim and Dwight allow her to choose between taking an hour-long nap or watching an hour of TV.

We hope Kluber has a great day and that the team allows him to choose between a pillow or television before the team’s 6:10 game against the Detroit Tigers. After all, it is his birthday.

PREVIEW: Indians and Tigers face off with Tomlin on the mound
10 Games In, The Very Early Good and the Bad For the Indians Thus Far