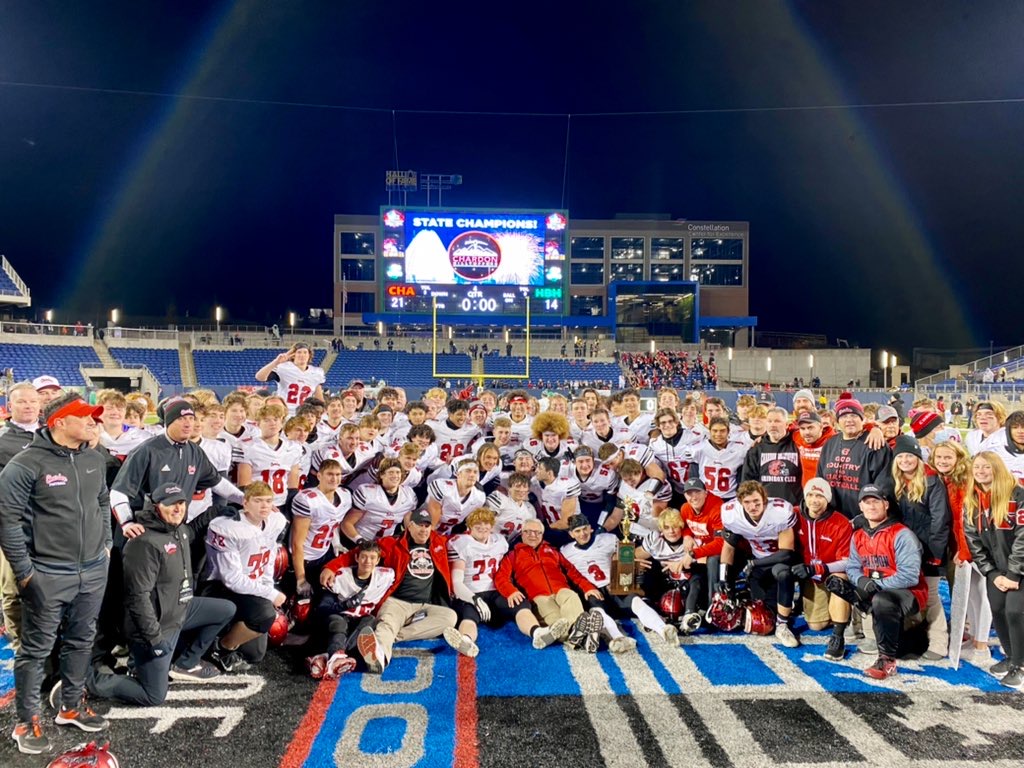 CANTON, Ohio – It was another season for the record books for Chardon.

Not only did they win their second consecutive Division III title on Friday evening, they became the first team in OHSAA history to go 16-0 with a 21-14 win over Hamilton Badin.

This was the type of game for anyone who loves throwback football.

Both defenses came in giving up less than 10 points per game on average.

Chardon was able to get on the board first, scoring their only passing touchdown of the game on a 36-yard connection between Alex Henry and Youngstown State commit Nathanael Sulka.

After the defense forced a three-and-out, Alex Henry connects with YSU commit Nathanael Sulka for a 36-yard TD! pic.twitter.com/N5fJlixiWv

Neither team would even get close to scoring again until the 2:17 mark of the second quarter, when Jack Walsh punched in a 2-yard rushing touchdown to tie the game at seven.

Jack Walsh punches in a 2-yard TD for Badin to tie the game up. pic.twitter.com/1pa13HaTrP

With both teams under 100 yards at halftime, both offenses came out firing early in the third quarter.

Andrew Bruce would score a 27-yard touchdown for Chardon, quickly followed by a Badin score courtesy of Carter Russo.

For the next stretch of the game, both teams exchanged several punts.

It was all about field position during this stretch. For the game, there were a combined 17 punts.

Chardon finally got the edge when an intentional grounding call and a very short kick set them up inside the Badin 30.

This is when Sean Carr powered his way in for what would be the game winning touchdown, a 2-yard push to give the Toppers a 21-14 lead.

A 2-yard TD by Sean Carr is the go-ahead score for the Toppers. The defense just needs one more stand. pic.twitter.com/KawIRKlA0q

Heath Fetchik would seal the victory with an interception in the closing seconds, giving Chardon their second consecutive title, and their third in school history.

The Chardon Hilltoppers win their third title in school history, and their second in as many years! pic.twitter.com/kEi8E9fuAJ

The Hilltoppers finished the game allowing just 143 yards of offense against a previously undefeated Badin team that has had no issues moving the ball this season.

Heading into 2022, Chardon will be riding a 28-game winning streak, the second highest streak in Northeast Ohio as of Friday.

Clinton-Massie Surges Back From 21 Down To Win Division IV State Title Over Ursuline, 29-28
CVCA Hockey Team Advances to Baron Cup Semifinals on Saturday