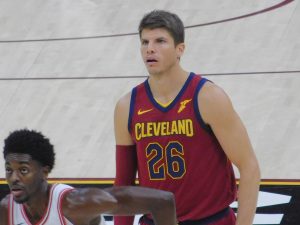 The lone positive from the one-sided affair came on a Kyle Korver trey with eight minutes, 10 seconds left in the second quarter. He surpassed Paul Pierce for fourth all-time in three-pointers made, sinking 2,144 over the course of his 16-year career (1,071 games).

The 36-year-old has enough time to arguably become the greatest shooter in the history of the game.