Cavs Get Rolled In The Bay By Warriors, 122-103; Three Takeaways From The Game 2 Loss 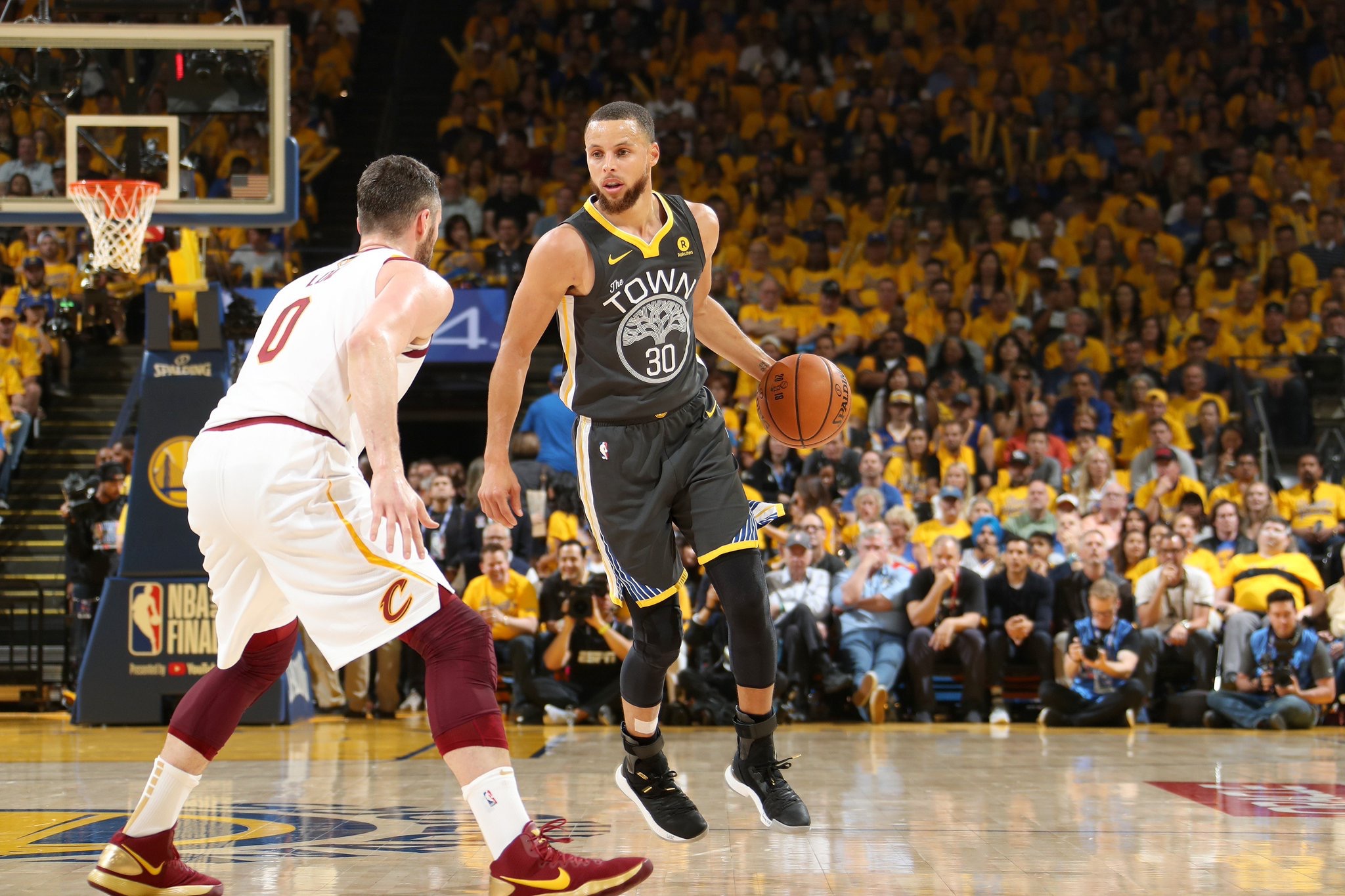 Let’s forget this one, shall we?

The Cleveland Cavaliers fell to the Golden State Warriors by a final score of 122-103 in Game 2 on Sunday night. Oracle Arena was on fire as Steph Curry hit a Finals-record nine 3-pointers on his way to 33 points. Kevin Durant and Klay Thompson were right behind him, scoring 26 and 23 respectively.

LeBron James shot 10-for-20 for 29 points along with nine rebounds and thirteen assists. He was one of four Cavaliers in double-digits, along with Kevin Love, George Hill, and Tristan Thompson.

Let’s talk about the three takeaways from this one.

Love or hate him, Steph Curry is one of, if not the best, shooters of all-time. And he had himself a game on Sunday.

Curry finished with 33 points and a historic nine 3-pointers, the most in NBA Finals history. The former league MVP was dancing and grooving to the beat of the Warriors’ lead all night. He completely fed off the early energy and was able to find his rhythm and range super early in this one.

Sometimes, that’s all you need if you’re Golden State.

That was what Shaun Livingston and JaVale McGee combined for during Sunday’s game. The two role players added 23 points for Golden State in the lopsided victory. Livingston continues to shoot 100 percent from the floor while McGee might have taken Kevon Looney’s starting job.

Just a tough night overall on stopping the potent Warriors.

JR Smith continues to shrink in the big moment.

For the majority of four June’s, Smith has been far from productive on offense and has stalled Cleveland’s championship hopes for the time being. The Cavs had an opportunity to steal a game in Oakland but wind up with a heartbreaking loss, followed by a stomping. Smith played a huge role in both.

He had the blunder in Game 1 near the end of regulation where he appeared to forget the score of the game and dribbled out a possible game-winning possession for the Cavs before they fell by 10 in overtime. Then, they drop a 19-point game and JR had five points. Unreal on both accounts.

When JR doesn’t show up, it’s very difficult to win, let alone in the Bay Area.

WATCH: Kendrick Perkins and Steph Curry exchange words on the sidelines during Game 2
ESPN’s Stephen A. Smith On if the Cavs Will Get Swept – “Looks That Way”