WATCH: Kendrick Perkins and Steph Curry exchange words on the sidelines during Game 2 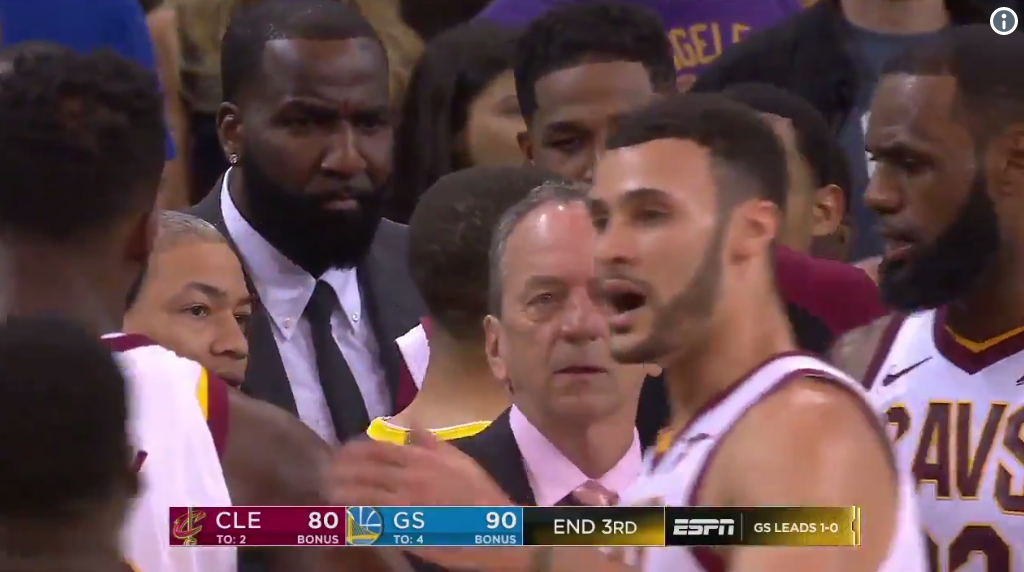 OAKLAND, Calif.– The chippiness continues in the 2018 NBA Finals.

The latest example came at the end of the third quarter during Sunday night’s Game 2. With the Warriors leading by 10, Warriors guard Steph Curry got one last shot attempt off before the buzzer sounded. As he did so, he appeared to stumble backwards into the Cavaliers’ bench.

Kendrick Perkins didn’t take too kindly to that, and had some words with the Golden State sharp-shooter.

Steph Curry vs. Kendrick Perkins would be the shortest fight in recorded human history pic.twitter.com/mXTR9fu1zl

The Cavs went on to lose the Game, 122-103. Curry led all scorers with 33 points. He also hit nine 3-pointers, as many as the entire Cavaliers team.

Game 3 is Wednesday night at 9 p.m. at Quicken Loans Arena.

NPSL Midwest East Standings
Cavs Get Rolled In The Bay By Warriors, 122-103; Three Takeaways From The Game 2 Loss