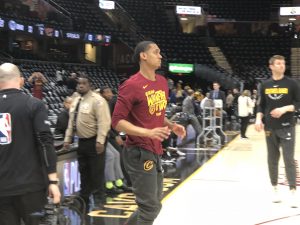 The young point guard acquired at the trade deadline was up and down through 28 regular season games with Cleveland.

He averaged 12.6 points, but as the season wore on, it became increasingly clear that the glaring weakness in Clarkson’s game is his inability to facilitate offense for anyone other than himself.

He at times turned into a black hole on the offensive end, averaging just 1.7 assists per game, and defensively wasn’t able to make any significant impact. That’s why he found himself out of the rotation by the Finals.

At his worst, he was a flat out liability. At his best, he provided some scoring for the second unit. Clarkson still has plenty of work to do in the offseason, but his addition wasn’t an abject failure.

Up next: Larry Nance Jr.