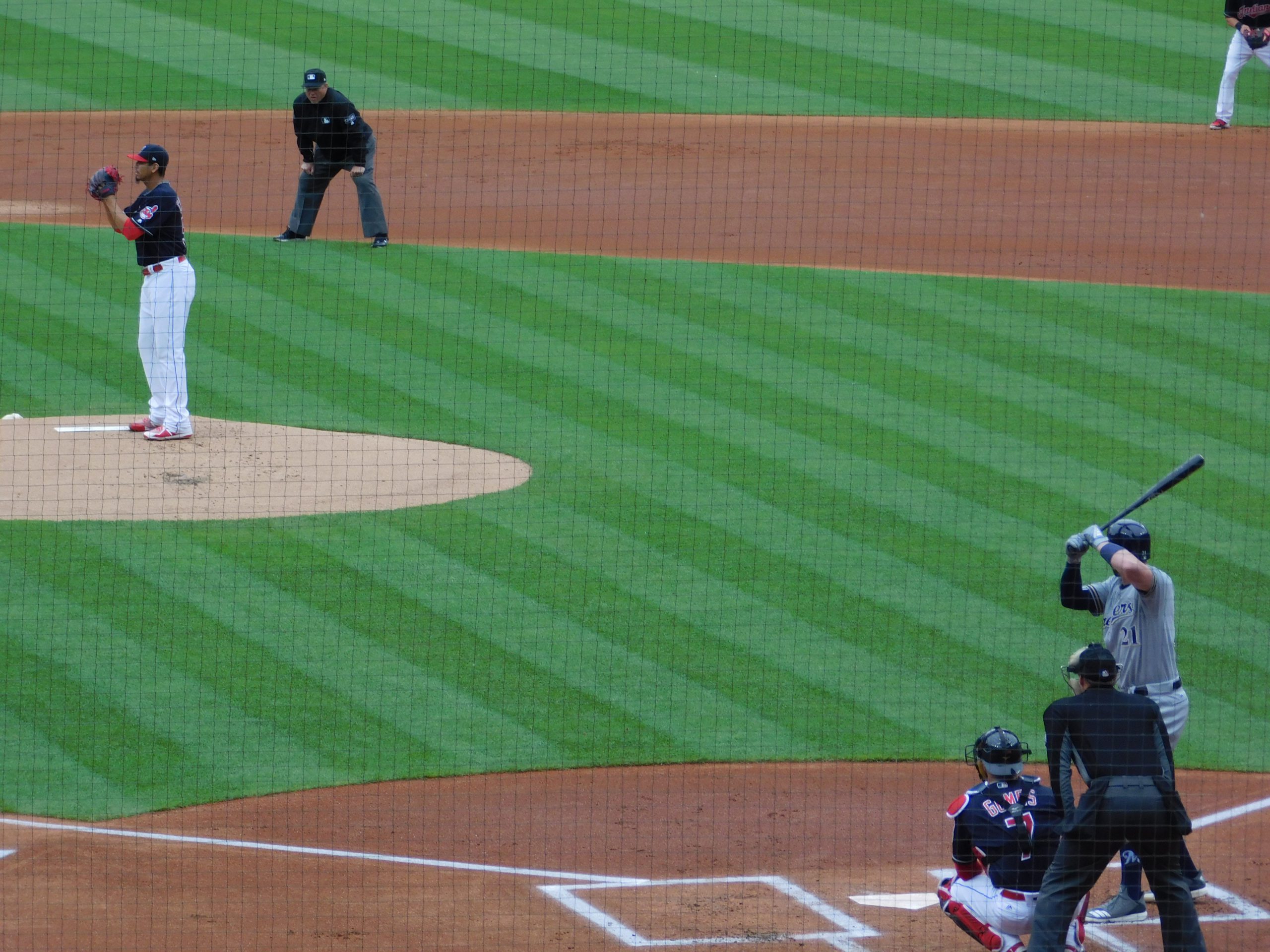 CLEVELAND – Lorenzo Cain was a lifetime 13-for-36 against Carlos Carrasco entering Wednesday’s game at Progressive Field. He came to the plate with a chance to do some major damage with the bases loaded and two outs in the 2nd inning.

Carrasco fell behind in the count, and home plate umpire Quinn Wolcott called what Cain did not feel was a strike to make it a full count.

After a foul ball, Carrasco went back to the fastball, and got Cain to fly out to right to end the threat, and eventually spark the Indians to a 3-1 win.

Carrasco seemed to settle in after getting Cain, and wound up throwing seven innings of one run ball, striking out 10 in the victory.

Michael Brantley and Jose Ramirez drove in runs for the Indians in the 5th to give them the lead for good, and the sweep was complete with a nifty four-out save by closer Cody Allen.

Now at 32-28, the Indians will get a rest day before heading to Detroit to start a weekend series with the Tigers on Friday night.

Here’s three takeaways from Wednesday’s win for the Wahoo’s.