The results were not good.

Thome, who ended his Major League career with a total of 612 homers, 8th most in the history of baseball, was shutout on that sunny Monday afternoon back 22 years ago, not hitting a single homer in the competition.

Tonight it’s Carlos Santana’s turn to try and give the Indians a home run derby champion, as he will try and battle through three other sluggers to try and take home the 2019 title.

Santana will have to beat Mets homer machine Pete Alonso, then if he can win that he’ll take on the winner of the Pirates Josh Bell and the Braves Ronald Acuna Jr.

Should he reach the finals, he will go up against one of these competitors – Matt Champan of Oakland, Vlad Guerrero Jr. of the Blue Jays, Alex Bregman of the Astros and Joc Pederson of the Los Angeles Dodgers.

Here’s a look at the bracket style competition for tonight’s homer battle at Progressive Field. 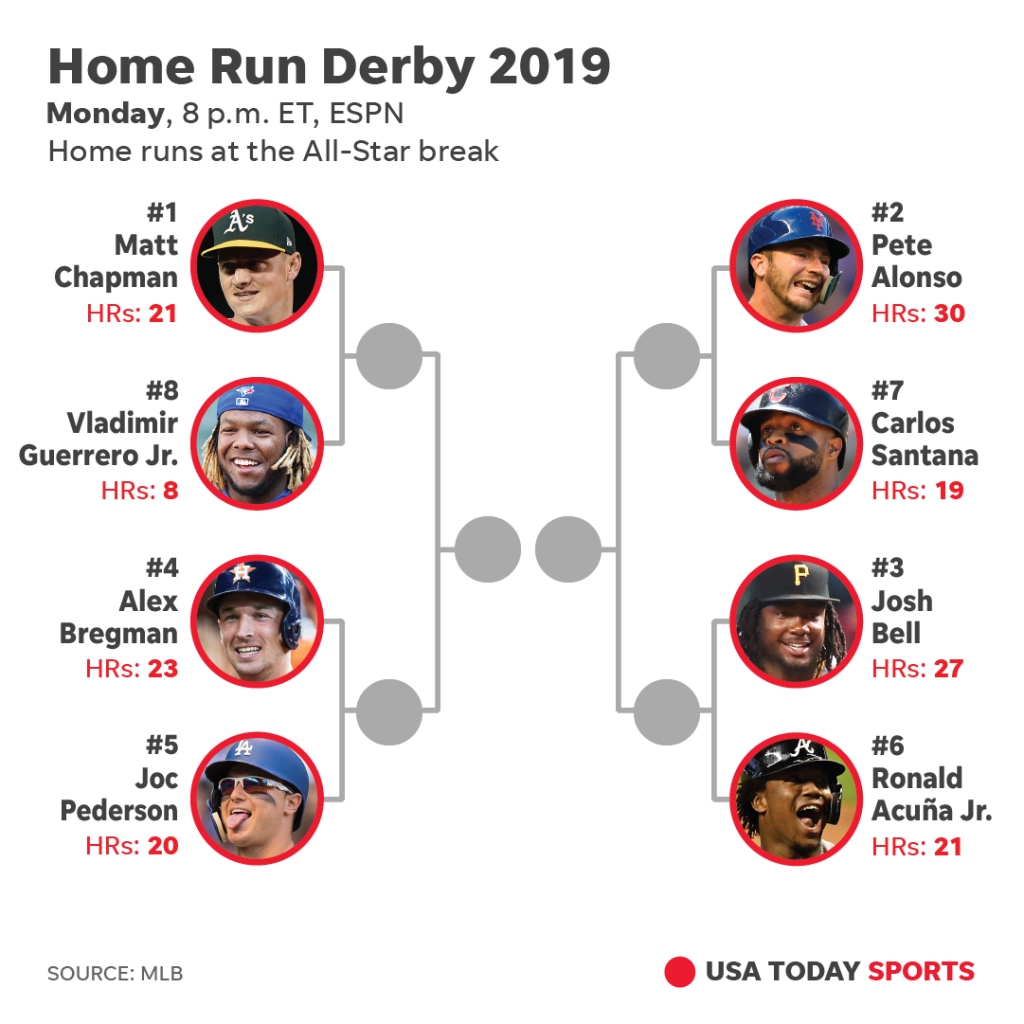 If you’d like to go back and watch the 1997 competition at then Jacobs Field, here’s the complete television coverage. Tino Martinez won the derby that year, topping Larry Walker.