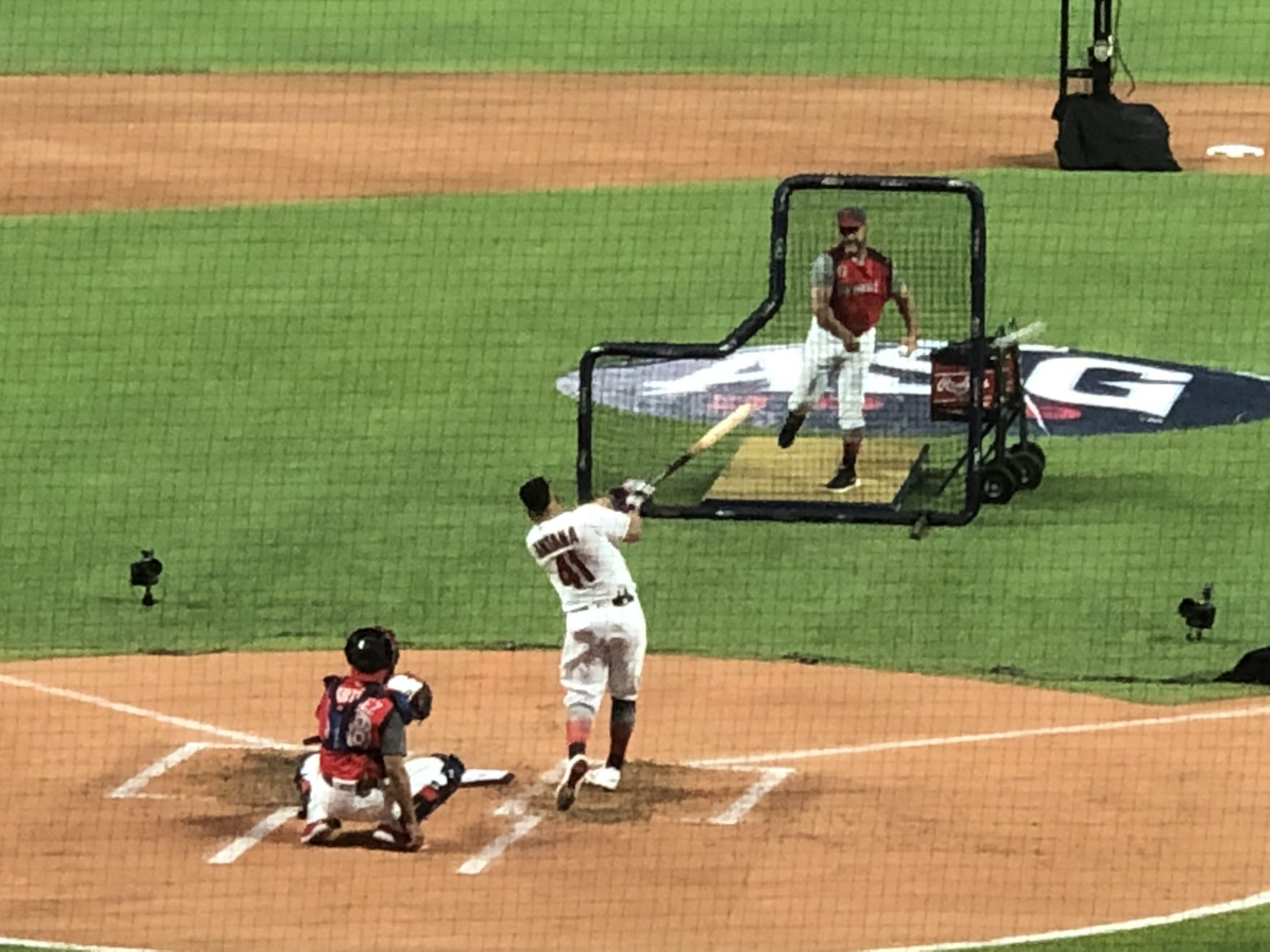 CLEVELAND – Indians 1B Carlos Santana gave it a game effort Monday night, but came up short in his bid to bring home the home run derby title to Cleveland.

The Tribe slugger was outed in the first round by New York Mets’ Pete Alonso, losing by a score of 14-13. Santana struggled out of the gate, found his stride midway through with a pair of homers in a row, and ended with 13 blasts.

Alonso had his issues in trying to advance, but got his groove and did enough, winning by one homer with one second left on the clock.

The Mets hitter likely would have won anyway as he earned 30 seconds of bonus time with a homer over 430 feet.

Santana will start at first base for the American League in Tuesday’s All-Star game at Progressive Field.