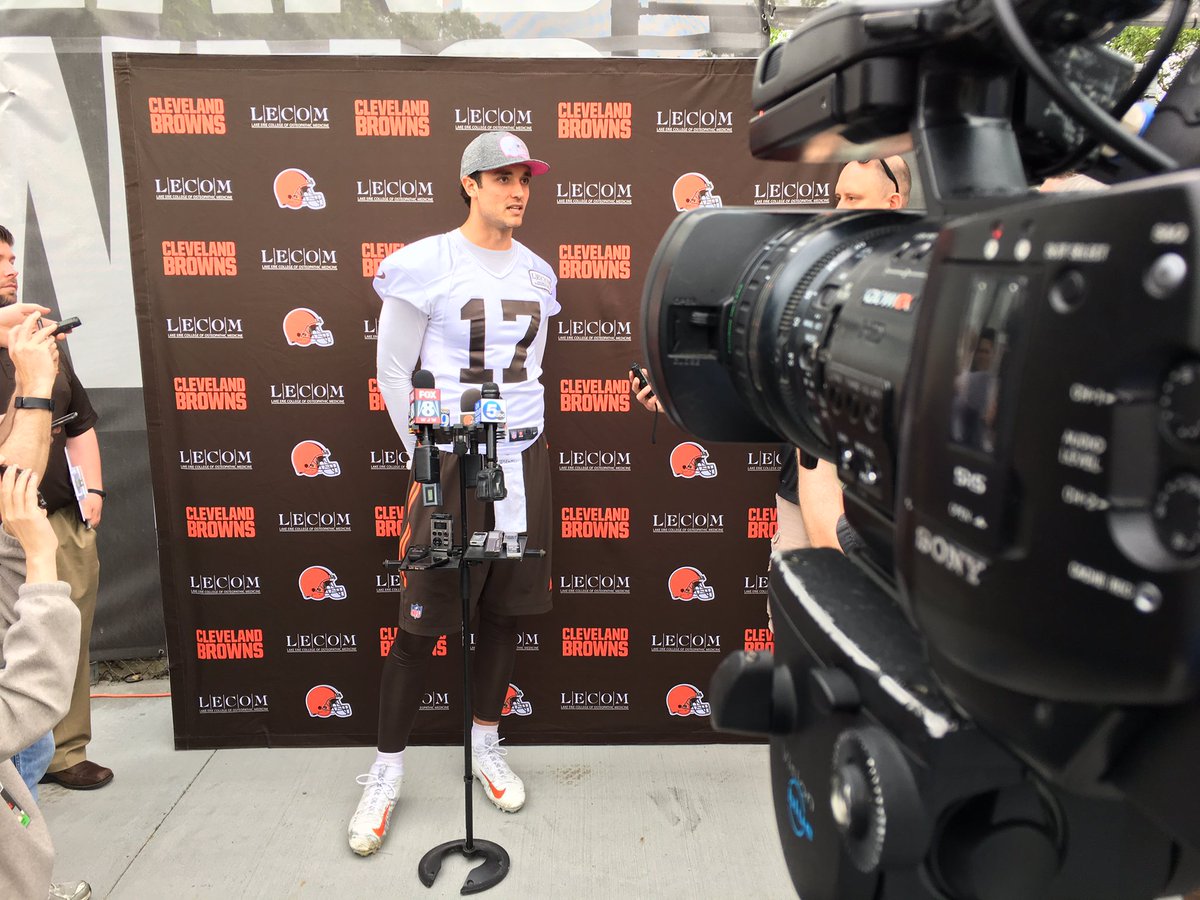 After seeing the comeback magic of DeShone Kizer in the Browns preseason win over the Saints last week, many fans are hopeful that the former Notre Dame QB will start the season under center for the opening day showdown against the Steelers in week one.

One Browns veteran who garners a lot of attention stated today that he feels offseason pickup Brock Osweiler is the man being set up to be the week one starter, ahead of both Kizer and second-year QB Cody Kessler.

Thomas is one of a few Browns players who when he speaks people tend to take what he says with a lot of validity behind it, so this news seems to indicate that indeed Osweiler looks like he’s going to get the first crack at the being the Browns QB for 2017.

As fans have come to expect though in years past, if there’s one thing that is certain with the Browns quarterback position, more than one player will be taking snaps throughout the season, meaning that it’s almost a for sure that Kizer at some time in 2017 will get his shot to lead the team.