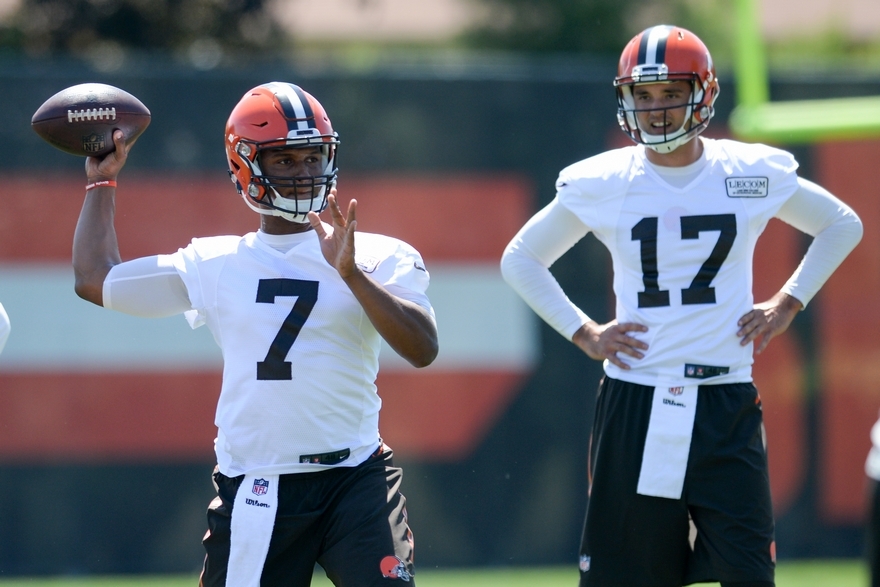 We can all agree that the Browns need to take a long look at Deshone Kizer before the 2018 draft. This should result in multiple starts for the rookie this season. At this point, it is difficult to predict the route that Kizer will take to the top of the Browns depth chart.

Brock Osweiler looks like the same QB that had troubles with ball placement in Houston in 2016. His current goal is to make the decision on a starter difficult for Hue Jackson. But a lack of rhythm and accuracy worked against him on Thursday night.

Late last week Coach Jackson was asked if he would ever subscribe to making preseason hits on the QB illegal:

“No. I think it’s too important to find out what makes them [QBs] tick. Is a guy gonna get up after being knocked down? If you make a mistake, will you repeat that mistake?”

Kizer had an impressive showing, connecting on two spectacular deep passes. The first of which came one play after a mistake where Kizer held the ball too long, resulting in a sack.  It’s been a long time since we’ve seen a Browns QB with the accuracy and zip that Kizer showed against the Saints. There is still a lot of work to be done on the rookie’s mechanics and mental processing. As he gets more work with the starters in practice, the arrow is pointing up on the Browns second round draft pick.