BREAKING NEWS: Johnny Football may be returning to Cleveland… To Watch UFC Fight 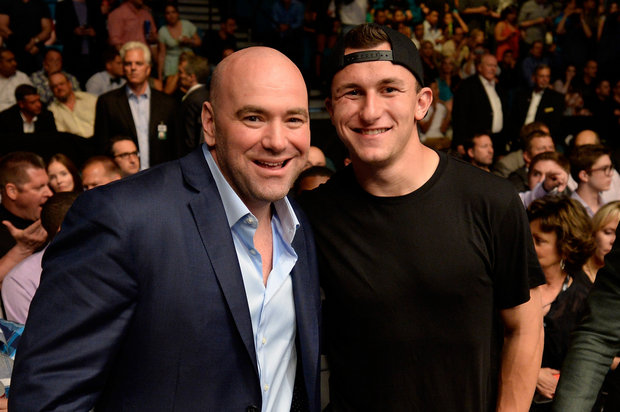 CLEVELAND, Ohio – It’s a long shot at best that Johnny Football will ever return to Cleveland to play football against the Browns, but he may just be spotted in the crowd of Quicken Loans arena this October. Talk has heated up and it almost seems certain that the UFC will be hosting it’s very first card in Cleveland this coming fall. Sources close to the UFC have confirmed that this is close to be inked and final. Manziel is a noted UFC fan and attends every pay per view card, even on weekends when he was supposed to have a game.

The target date is Halloween weekend, October 29,2016.
With the residing heavyweight champion Stipe Miocic being billed from Cleveland, and the UFC always looking to capitalize on new markets, there appears to be some weight to these rumors.

The smart money is on the UFC coming to Cleveland in October to have Stipe makes his first title change in a rematch against Fabricio Werdum.

The UFC tends to have their heavyweight title matches in October for some reason and this lines up to be no different. It would be UFC 203 live from Quicken Loans Arena. I would look for an official announcement to be made by Dana White and Dan Gilbert both once the NBA finals conclude. The only thing that can screw it up is the UFC being sold before then.

The UFC ran several shows out of Columbus in the mid to late 2000’s and they all did well. This is only 2 hours north and their is a ton of fighters on the roster from Northeast Ohio, as mentioned in “Ohio Warriors”, which can be picked up at the link below.

Did Believeland Break the Curse?
UFC 203 Coming to Quicken Loans Arena in Cleveland on September 10th – Miocic vs Overeem