NE Ohio Coaches Team Up to Battle a Common Enemy 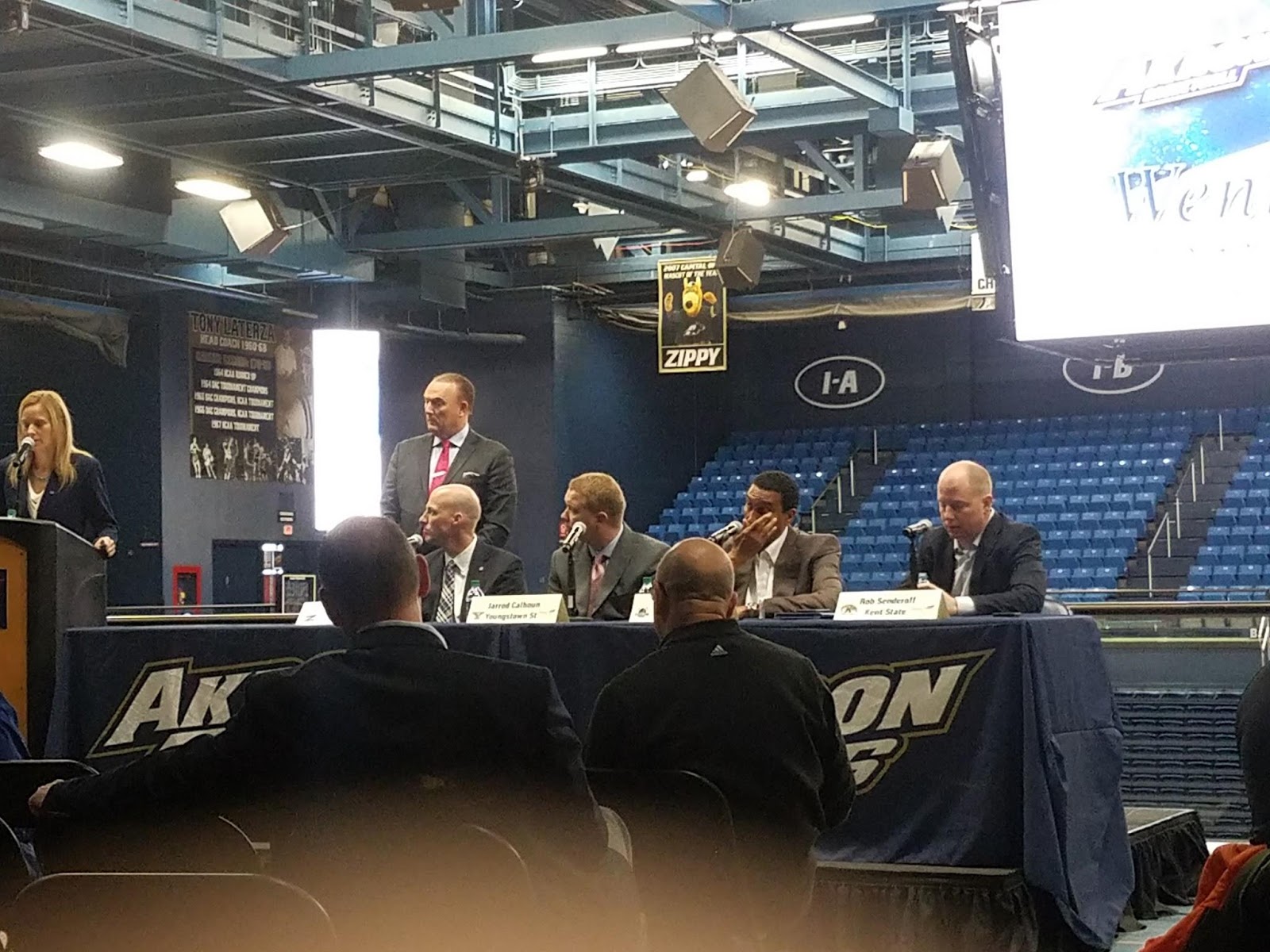 It’s that time of the year again, as the leaves begin to fall college basketball teams across the country gear up for yet another season.

In fact college basketball is less than a month from tipping off, and four Northeast Ohio programs will be teaming up to kick off their seasons on November 11th at James A. Rhodes Arena for the 3rd annual NE Ohio Coaches vs Cancer doubleheader.

The host Akron Zips will be taking on the Vikings from Cleveland State in the first game while the Kent State Golden Flashes and the Youngstown State Penguins will take the floor for the nightcap of the basketball double header.

These four NE Ohio programs will not only be battling each other for bragging rights but also to raise money for cancer research.

On Monday afternoon the University of Akron held a media day for both fans and media members to discuss the importance of the event but also what to expect from their respective programs this upcoming season.

Three of the four participating programs are under new leadership, Akron’s John Groce, Cleveland State’s Dennis Felton and Youngstown State’s Jerrod Calhoun are all eagerly excited to take part in the event for the first time.

Youngstown State’s Calhoun said the event is something bigger than basketball “ We will be representing Youngstown State but also the American Cancer Society and really understanding the impact we can have.”

Kent State is the reigning MAC tournament champions and again hopes to get things started off on the right foot on November 11th.

“To be able to do it and organize around the American Cancer Society’s Coaches vs. Cancer, makes it even more meaningful for everyone because … cancer has touched everyone’s life in some way, shape or form, so for our schools to be able to start our seasons with this event, I think is a great way to showcase the universities, to showcase the athletes that represent our schools and really represent Northeast Ohio the way that we know that we can,” Kent State coach Rob Senderoff said. He continued “Win or lose I hope it is something we all hope to continue.”

All four programs are going through somewhat of a rebuilding process that should lead to a competitive night of basketball on November 11th.