Blue Streaks bounce back in blowout fashion, 48-21 win over Capital 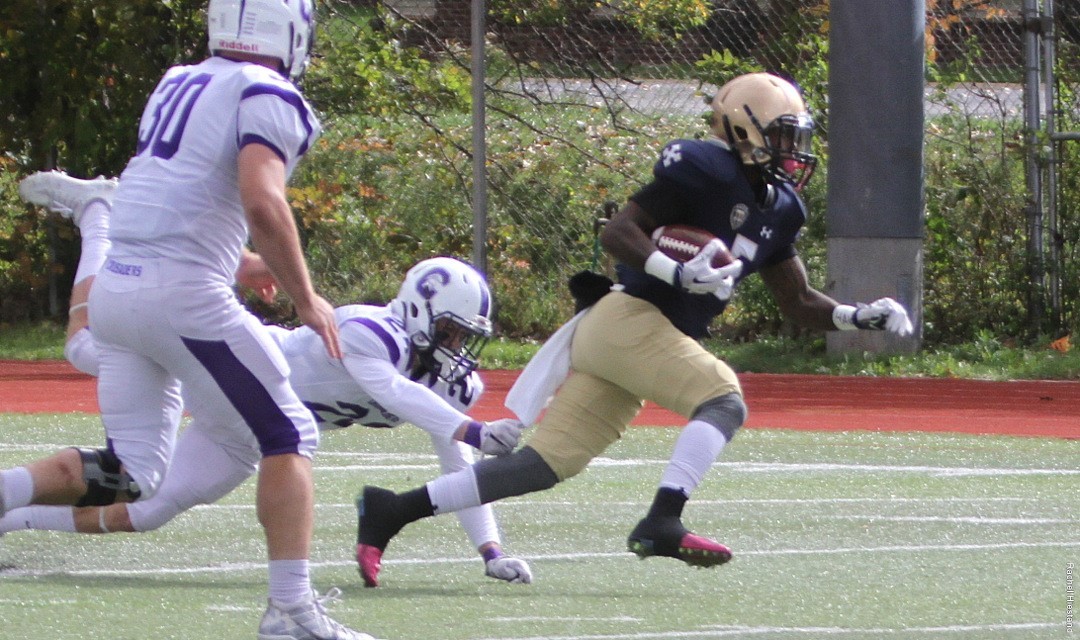 UNIVERSITY HEIGHTS – Overcoming adversity has been a strong suit for the John Carroll University football program.

Saturday afternoon added another chapter to this reoccurring theme.

After losing 27-20 in overtime to Ohio Northern and falling to a .500 record for the third time this season, the Blue Streaks dominated the Capital Crusaders, 48-21, from Purmort Field at Bernlohr Stadium in Bexley, Ohio.

Although playoff contention is a long shot, head coach Rick Finotti are back over the hump, building the season-long progression toward Game 10 against the Mount Union Purple Raiders.

One week removed from facing incessant pressure and four sacks vs. ONU, Moeglin regained his pocket presence with a triple-digit passer rating and quick release on nearly every throw.

The Canton native connected with the entirety of the tight end room, including Jake Santiago for a six-yard score and Danny Disbrow for a 17-yard strike. Anthony Leonetti also hauled two catches for 22 yards, capping off the triple threat.

Moeglin spread the wealth across the depth chart, finding William Woods, Brian Kornowski and Eddie Williamson for 181 combined yards and a touchdown.

While Thomas Wibbeler approached the 300-yard mark through the air, the Crusaders could only gain 25 rushing yards on 22 attempts.

The Blue Streaks battle the Muskingum Fighting Muskies next Saturday at 1:30 p.m. from Don Shula Stadium in University Heights, Ohio.