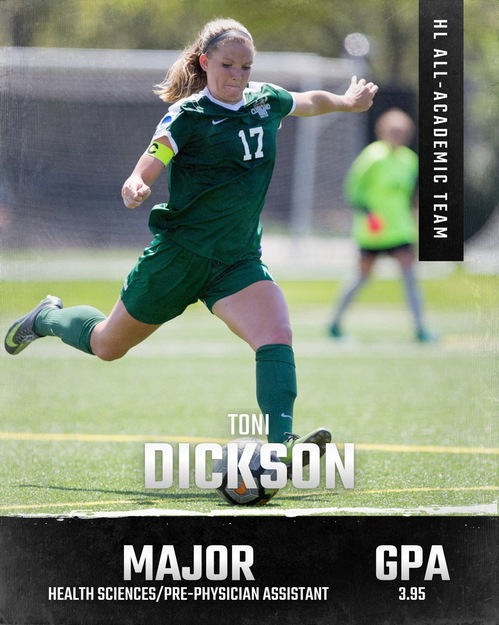 Dickson makes her first appearance on the Academic All-League team after sporting a 3.95 grade point average as a health sciences/pre-physician assistant major.

On the field, Dickson has been a mainstay on the backline during her career, appearing in 51 matches with 47 starts and helping the Vikings to 12 shutouts. In addition, she has amassed 11 career points on five goals and one assist.

Dickson and the Vikings conclude the regular season tonight when CSU hosts League leading Milwaukee at 7:00 pm at Krenzler Field.

The Vikings have clinched a berth in next week’s Horizon League Championship and will play a first round game on Monday (Oct. 30). The complete bracket will be announced at the conclusion of all of Friday’s League matches.

The Horizon League recognizes student-athletes with seasonal Academic All-League teams in each of its 19 championship sports. To be eligible for Academic All-Horizon League consideration, a student-athlete must have a cumulative grade-point-average of 3.20 or higher (based on a 4.00 scale) and have completed at least one year at the member institution, having earned 24 semester-hour or 36 quarter-hour credits.