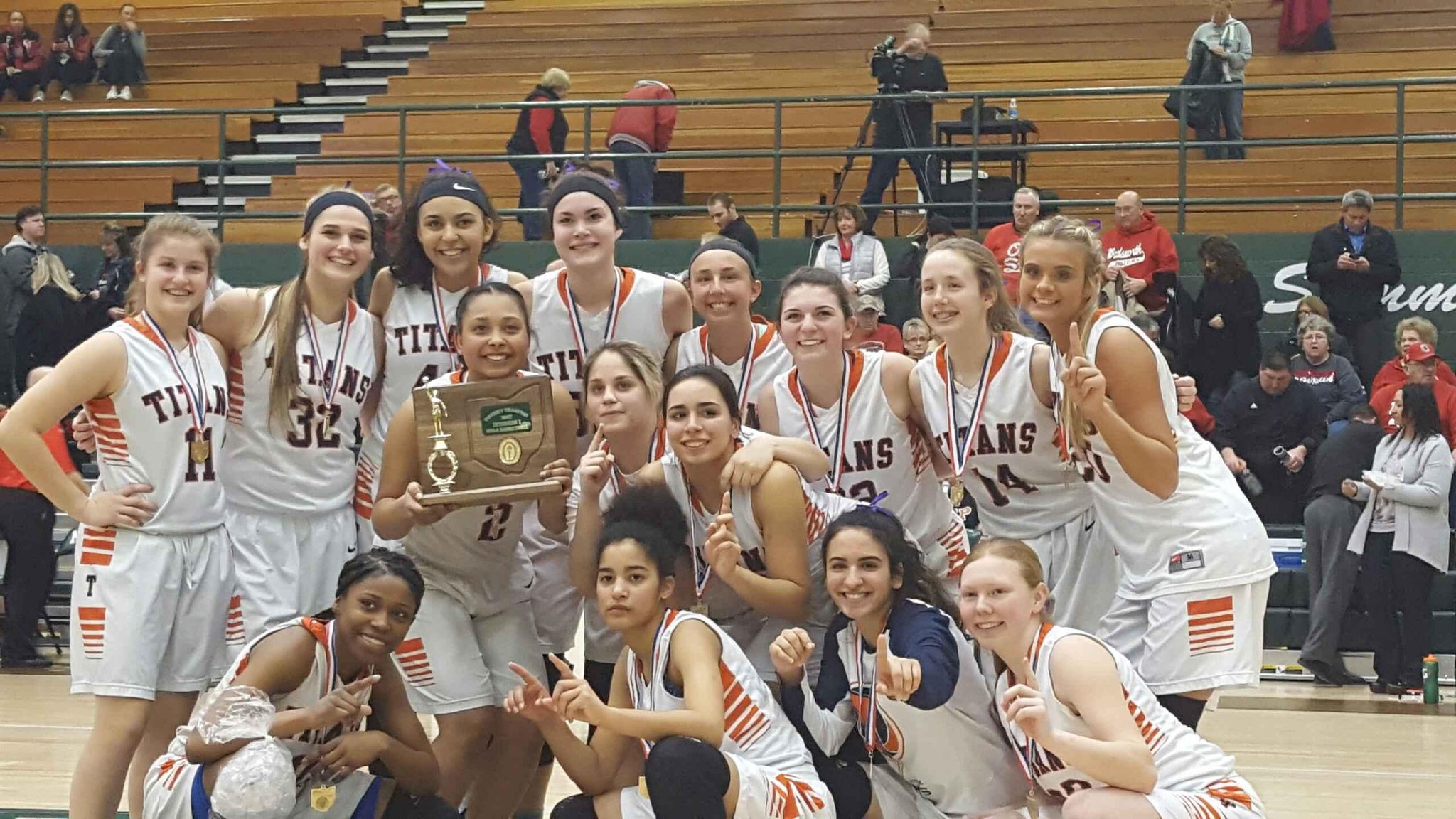 The Berea-Midpark Titans claimed the Division I Medina District Title with a 50-48 victory over the defending Division I State champion Wadsworth Grizzlies on March 2.

The Titans got out to a sluggish start, trailing 27-22 at the half, but a strong third quarter propelled Berea-Midpark to the finish.

Berea-Midpark outscored Wadsworth, 17-13, for the first seven minutes of the second half, before Jada Marone drained a 3-pointer at the buzzer to give the Titans a 42-40 lead.

The Titans led the rest of the way, but not without drama.

Leading 47-45, Lexie Scarton drained one of the biggest shots of the night, a 3-pointer with 1:32 to play to give the Titans a five-point advantage.

Marone committed her fifth foul of the night with 43 seconds to play, ending her night and sending Peyton Banks to the line.

Banks converted both free throws to make it a one-possession game.

The Titans had two opportunities in the final minute to create some breathing room, but missed free throws kept Wadsworth’s hopes alive.

Following a missed free throws, Banks was able to get to the line again and split the pair, making it a two-point game.

Another missed opportunity on the front end of a one-and-one gave Wadsworth one last chance.

Wadsworth had one final chance to tie the game, but missed two free throws with two seconds remaining in the game.

The second miss was intentional, but the ball didn’t draw iron and the Titans were awarded possession, holding on for the victory.

Scarton tied for the game-high in scoring, putting up 15 points, hitting all three of her attempts from long-range in the second half.

Lexi Lance led the Grizzlies with 14 points and 10 rebounds, while Banks put up 13 points and grabbed nine boards.

Wadsworth had the clear rebounding edge, 43-28, and made 16 of its 17 field goals from inside.

Berea-Midpark made up for that with a barrage of 3-pointers (11 on the night) and forcing 18 Wadsworth turnovers.

The Titans only committed nine turnovers themselves.

These ladies were made for March! On to the Sweet 16! pic.twitter.com/cNiSbah6BN