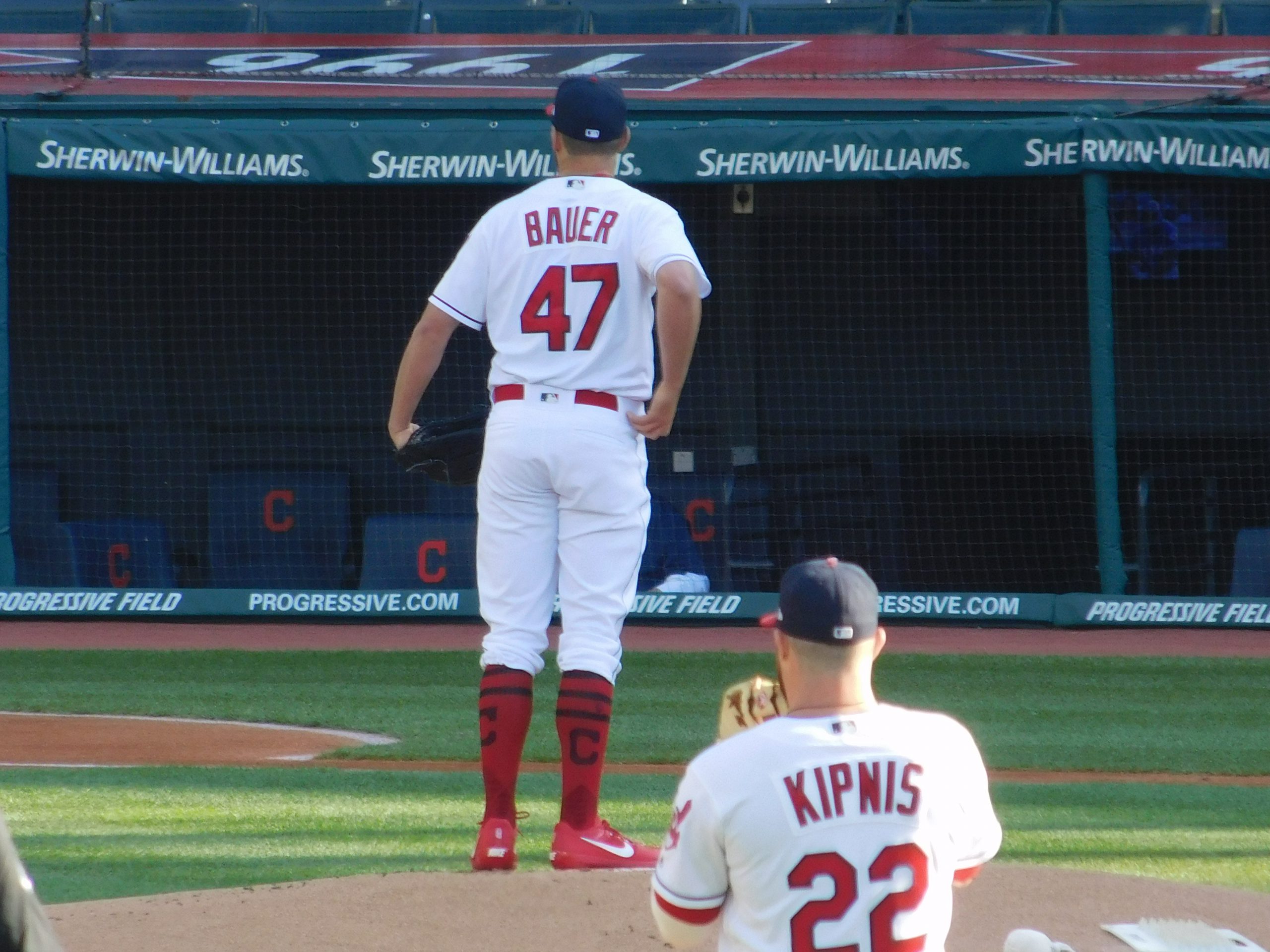 DETROIT– The Cleveland Indians avoided a sweep on Wednesday afternoon as they recorded a shutout win over the Detroit Tigers, 6-0.

Trevor Bauer earned his third win of the year in a masterful eight-inning outing, and the Tribe is back to a .500 record at 21-21.

Trevor Bauer was in need of a bounce-back outing, and boy did he deliver.

In his third win of the year, Bauer went eight innings (sparing the Tribe another bullpen collapse) and gave up no walks and just four hits while striking out 10.

He didn’t give up a hit until the fifth inning when Niko Goodrum delivered a leadoff single. In the sixth inning, he ran into some traffic with two runners on and two outs. Bauer got himself out of the jam, however, by striking out Pete Kuzma. In the seventh and eighth innings, he essentially coasted.

It’s the second win Bauer has recorded against the Tigers this season.

As mentioned above, Bauer was firing on all cylinders on Wednesday, so relying on the bullpen was a non-issue.

If anything, maybe a mental break for the bullpen will be a good thing as the team heads to Houston. On Monday the Indians relievers gave up three runs in the eighth inning, and on Tuesday the collapse was even worse as they gave up five runs in the seventh. The Indians, of course, went on to lose both games.

While Bauer threw 108 pitches in his eight innings, he told reporters he was more than willing to come out in the ninth if necessary, but manager Terry Francona decided to go with closer Cody Allen. He struck out the side in the ninth.

The bullpen issues for this team are far from over, but at least on Wednesday, everyone got some time to recalibrate.

The fourth inning was when the Tribe got plenty of insurance as they connected on three consecutive RBI hits.

Already up 2-0, Erik Gonzalez got the party started with two outs in the inning with an RBI single. Jason Kipnis followed that up with an RBI double, and Roberto Perez plated Kipnis with another RBI single to give the Indians a 5-0 lead and Bauer plenty of room to work.

The inning was especially big for Kipnis, who had recorded just two hits over his last nine games coming into Wednesday. His RBI double was the first extra-base hit the Tribe second basemen has recorded since May 2.