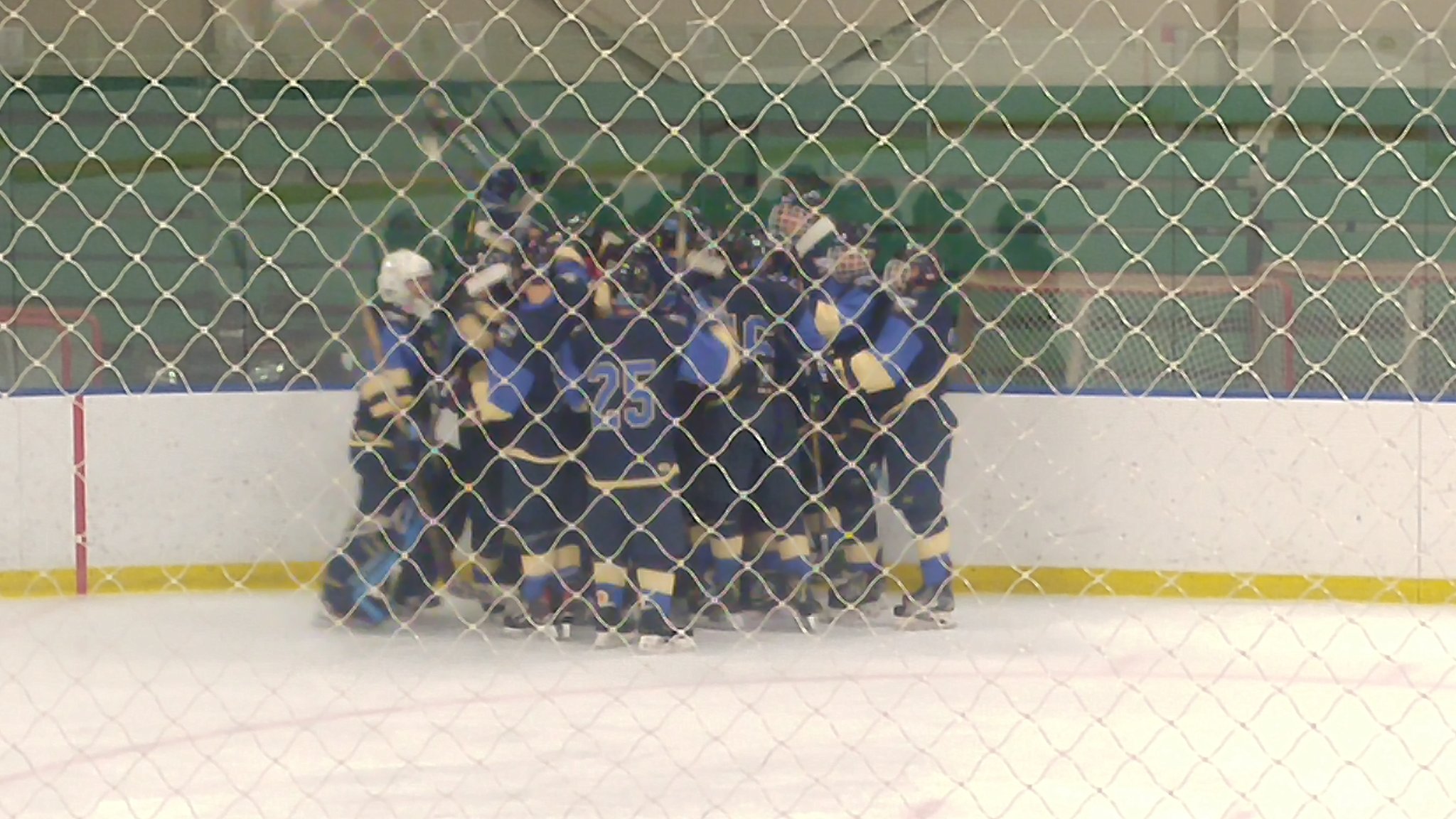 BROOKLYN, OHIO – Baron Cup 1 action continued tonight when Kenston (24-6-1) took on North Olmsted (15-5).  The Bombers won 3-2 in an overtime thriller and will now take on top seed Shaker Heights who won earlier in the night 6-2 over Solon.  The sudden death goal came with 6:20 remaining in overtime, off the stick of Bennett Wenger.

It was a close game as everyone expected it would be.  Several calls throughout the contest could have went either way.  The fans of both teams let the refs hear it, and so did the coaching staffs as well.  In a game this close, everything matters! In the end, with all the chips on the table, Kenston played their Ace Card at the perfect time, to secure the win and a shot at top seeded Shaker Hts.

A tight first period that saw the North Olmsted Eagles build a 1-0 lead on a Travis Vitaz goal, would have a wild ending as Kenston scored with no time remaining on the clock to tie it.  The goal came off the stick of Mark Magnasco in a scene reminiscent of the Miracle on Ice game. It only took a split second for the Bombers to tie it.  The goal was protested heavily by North Olmsted fans and coaches, but it wouldn’t matter, the game was now tied!

The Eagles got the advantage of several calls in the period, but could only convert 1 of 3 power plays.  The second period was every bit as close as each team added a goal to make it 2-2 heading into the third and final period.  The Kenston goal was from Tim Matty and the Eagle goal by Sean Donovan.

Neither team could break the tie as the contest headed to the climatic overtime. It seemed as though the Eagles would have a chance to win in it in regulation when Kenston was called for a 5-minute roughing penalty.  However, the refs quickly took the game out of the hands of the players and coaches seconds letter with bizarre call on North Olmsted that sent 3 Eagles to the box.  One player for a whopping 12 minutes for a call no one could explain.