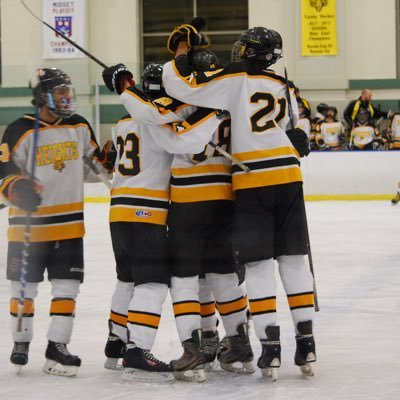 It was close for the first period, but Cleveland Heights pulled away early in the second, and would cruise to a 7-0 shutout.

It was an even match for the first 14 minutes until Jackson Johnson put Cleveland Heights on the board with his 29th goal of the season, which made it 1-0 in favor of the Tigers.

Cleveland Heights came out firing to start the second period, as Conor Lewis scored two goals in less than five minutes to make it 3-0.

Lewis wasted no time getting his hat trick, making it 4-0 8:48 into the second period. That would be the last goal of the period, as Cleveland Heights entered the second intermission on top 4-0.

The great day got even better for Lewis, who notched his fourth goal of the game 2:45 into the third period to make it 5-0 in favor of Cleveland Heights. It was Lewis’s 51st goal of the season.

Stephen Lang joined in on the action for Cleveland Heights with just under seven minutes to go, making it 6-0.

Lang would score again with just over a minute remaining to make it 7-0, and goaltender Trent Swain would earn his second shutout in two games of the Baron Cup Tournament.

Cleveland Heights moves on to face the winner of #2 North Olmsted vs. #6 Midview in the Baron Cup II Championship game.

The Tigers have now outscored opponents by a combined score of 17-0 in the first two games in the tournament.

North Olmsted plays Midview at 7:30 PM on Friday evening and the Championship match will take place 3 PM on Sunday.