Avon Lake Rallies From Behind To Stun Amherst Steele, 4-3; Shoremen To Take On Olmsted Falls In Second Round 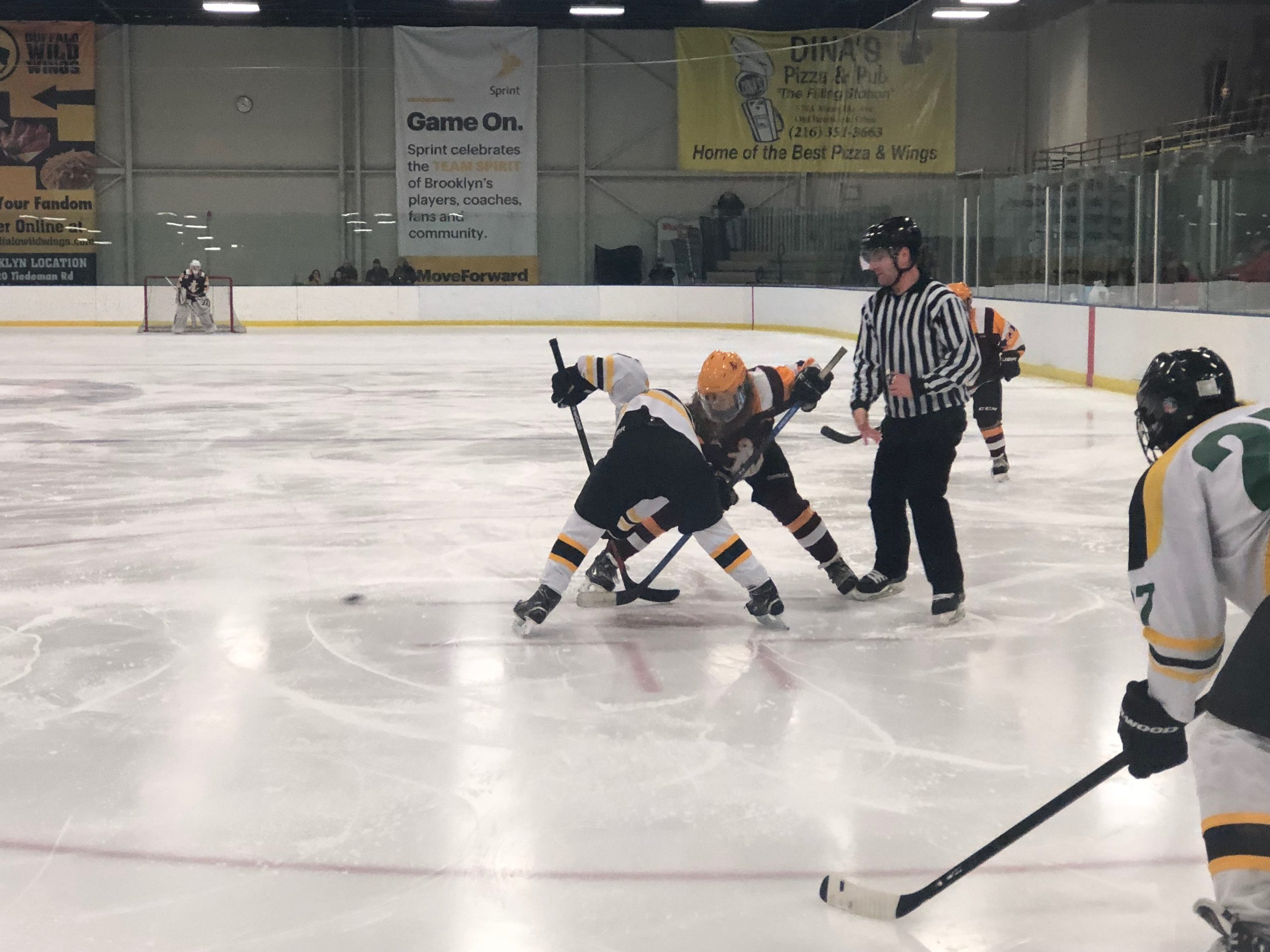 BROOKLYN, Ohio- It was a meeting of two Baron Cup Champions on the ice Tuesday evening and it surely did not disappoint the fans in attendance at the John M. Coyne Recreation Center.

The Baron Cup II Champion Amherst Steele Comets and Baron Cup III Champion Avon Lake Shoremen prepared for battle with a chance to not only prove who the superior GCHSHL team this year was but also a chance to advance in the Brooklyn District Tournament. While most were ready to watch an offensive showcase, it was the physical nature and grittiness of play that made this contest a fun one to watch.

The incredibly-gifted sophomore Jacob Kramer started the scoring off extremely fast, as he found an opening at the 2:47 mark to make it a 1-0 lead for Amherst Steele. One became two just seven minutes later with a Jacob Fekete backhander that found its mark at the 9:10 mark of the opening frame. The Comets continued to pour it on with a third consecutive goal by way of Kramer’s second goal of the evening. The score came just over a minute after Fekete’s goal, backing the Shoremen up against a wall early on in the contest.

In what seemingly lifted the spirits of Avon Lake heading into the first intermission, Jared Aslaksen found an opening on a back-door look that saw him get the Shoremen on the board with just 1.2 seconds left in the frame. The score stood at 3-1 in favor of the Comets, but a very interesting middle stanza would help bring the Shoremen that much closer to tying the score.

Defenseman Connor Koncelik’s goal at the 3:43 mark of the second period was the lone goal of the frame, as he brought the Shoremen to a one-goal deficit heading into the final frame of play. It was apparent that the gameplan for Avon Lake was to rough up Amherst Steele and their talented line of skaters. The physicality started to free pucks up for Avon Lake in the neutral zone and they were able to get going on the other end.

Koncelik continued his strong run in the third period. After scoring four goals in the Baron Cup III Championship victory over Normandy on Sunday afternoon, Koncelik tied the game at three apiece when he went end-to-end to beat Amherst goaltender Zac Boesel at the 8:37 mark. Koncelik used pure power and will to get past every Comet skater in his path to scoring the equalizer. The score would stand pat as the two teams prepared for overtime.

When the lights are brightest, going to your team’s best players is the obvious goal. The Shoremen did just that and found Jared Aslaksen out in front of the pack on the break. With Comets breathing down his neck in hopes of slowing him down, Aslaksen went backhanded to beat Boesel and lift the Shoremen to the 4-3 victory.

“I could feel their breath on my neck. I mean it was a tight play there,” Aslaksen said on how close the Amherst defenders were to catching up to him. The senior forward says he also was unaware of what he was going to with the puck once he got it except score.

“No idea, I had no clue what was going on. It was the way that the puck laid right in front of me and I had the wide-open lane, took it, and finally put one in.”