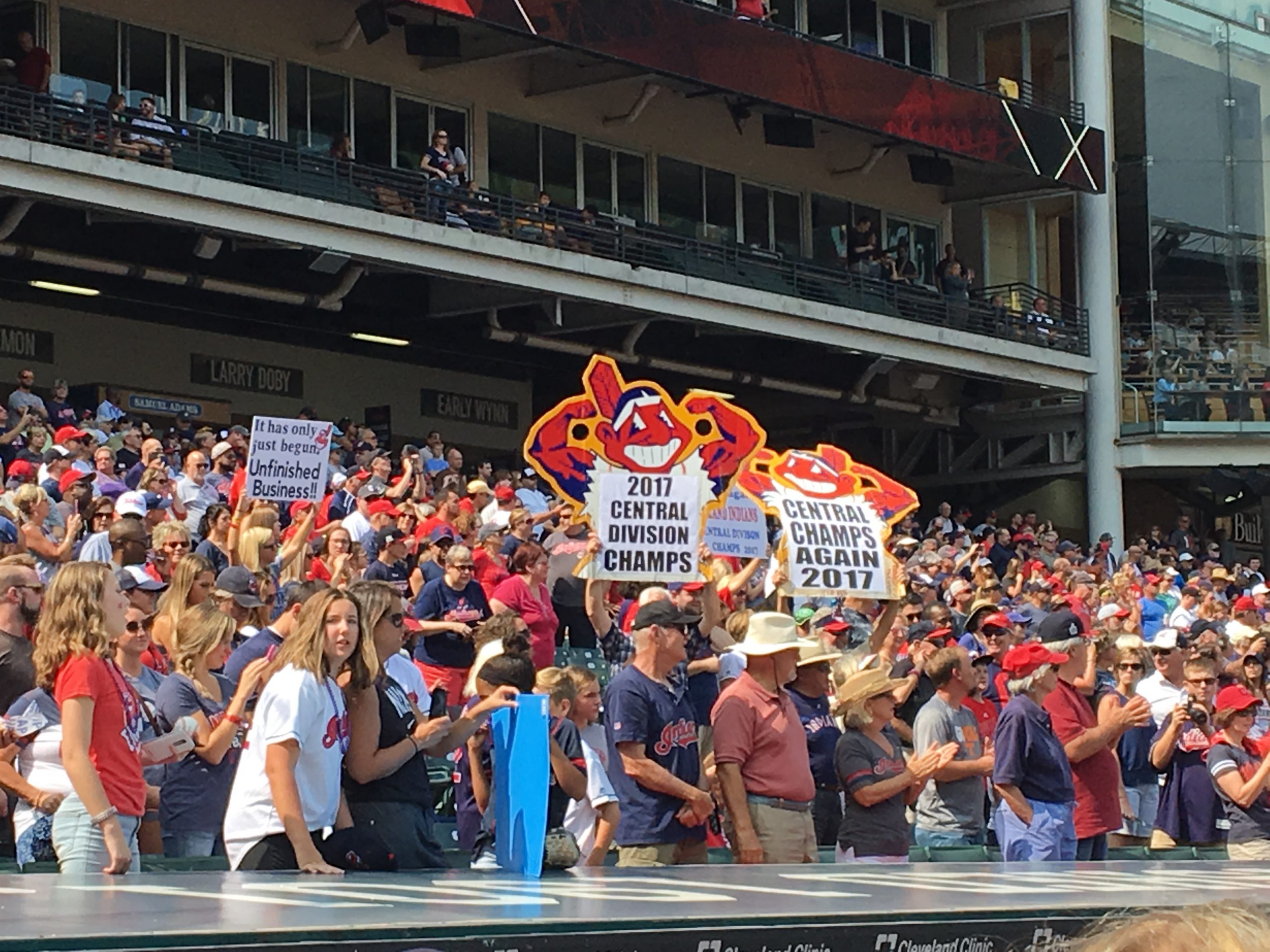 CLEVELAND– Get ready to rally together.

On Saturday afternoon, the Houston Astros (100-61) fell to the Boston Red Sox, 6-3. As a result, the Cleveland Indians (101-59) have officially clinched the best record in the American League, and with it, home field advantage through the AL side of the postseason bracket.

The Indians needed to either win one game of their remaining two against the Chicago White Sox, or have Houston fall at least once to the Red Sox.

Even though the Astros could still tie the Indians’ record, the Tribe holds the tiebreaker, as they went 5-1 against Houston during the 2017 season.

The only remaining question when it comes to the Tribe’s place in the postseason is if they can catch the Los Angeles Dodgers (102-58) for the best record in Major League Baseball.

In order for that to happen, Cleveland would have to win their final two games, while L.A. would need to lose both of their games to the Colorado Rockies this weekend.

If the two teams both end up with 102 or 103 wins, however, the Dodgers would hold the advantage over the Indians as they won two out of three games against the Tribe back in June.