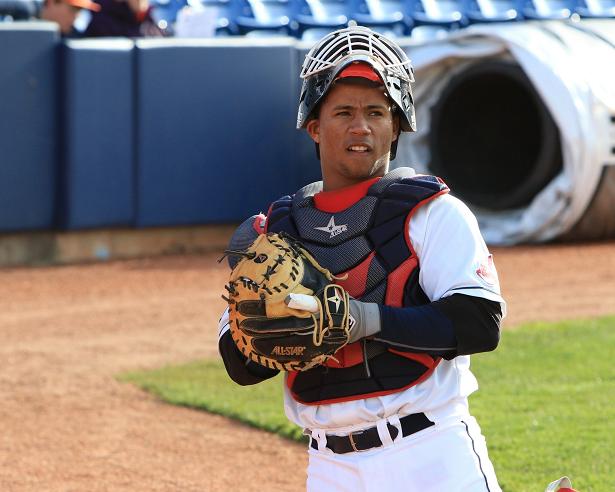 CLEVELAND– Two Indians players are heading to the Arizona Fall League All-Star Game that will take place this Saturday in Scottsdale, Ariz.

Indians fans are familiar with Mejia, who got his Major League call-up in September after roster expansion. He spent the rest of the year in Double-A Akron, hitting .297 with 52 RBIs and 14 homers. In his 11 games with the Indians, Mejia went 2-for-13 from the plate. Rather than putting him on the ALDS roster, the team decided to send him to Glendale to work on adding versatility to his game at third.

While in Arizona, Mejia has gone 14-of-35 from the plate for a .400 batting average with two homers and five RBIs in eight games.

Angulo is 0-1 with a 4.50 ERA and four strikeouts through five games. In four total innings of work, he’s given up two earned runs, three hits and walked six.

Fans also have the opportunity to vote in first baseman Bobby Bradley.  He is batting .300 with six RBIs and two home runs. The ballot can be found here.