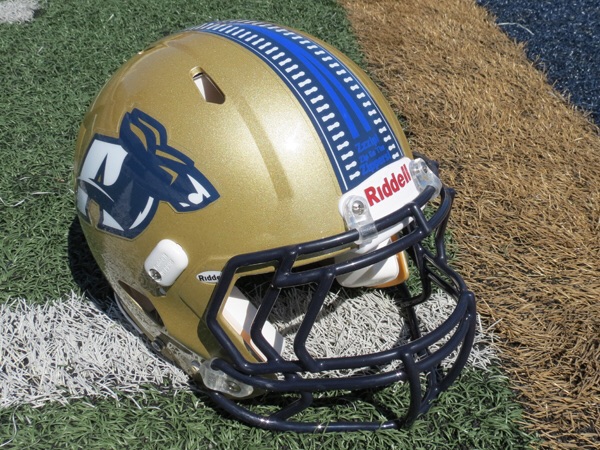 AKRON, Ohio – The Akron Zips looked to keep the momentum going for the Mid-American Conference on this second Saturday of the 2015 college football season.

The Zips looked to join Toledo and Bowling Green with a victory over a higher conference opponent as they hosted the Pittsburgh Panthers from the Atlantic Coast Conference at Infocision Stadium.

Saturday evening’s matchup was the second year in a row, Terry Bowden’s Zips took on the Panthers. Last season, Akron upset the Panthers 21-10 at Heinz Field in Pittsburgh.

Akron was not able to repeat last year’s feat in front of the second largest crowd ever for a Zips game at Infocision Stadium.

The Zips had their problems with both the new look Panthers under first year head coach Pat Narduzzi, and mother nature as the game was played in a downpour all evening long. Pittsburgh avenges their home loss last from one year ago with a 24-7 road win.

Pittsburgh would get on the board first late in the first quarter. Chris Blewitt would connect on a 25-yard field goal to give the Panthers a 3-0 lead.

Akron would take the lead in the second quarter. Conor Hundley would provide the biggest play of the game for the Zips with a 32-yard touchdown run.

Robert Stein would add the extra point giving the Zips a 7-3 lead and Akron had thoughts of a second win in a row over the Panthers. Hundley fished with 59 yards rushing on eleven carries.

Pittsburgh would steal the momentum back late in the first half when quarterback Nathan Peterman would hook up with tight end J.P. Holtz for an 18-yard touchdown with just 44 seconds remaining until halftime. Blewett’s extra point was good and the Panthers took a 10-7 lead into the halftime intermission.

The second half was all Panthers. Running back Qadree Ollison, who made a name for himself in the Panthers season opening victory over Youngstown State last week, extends the Panthers lead to 17-7 on a two yard touchdown run with 5:11 remaining in the third quarter.

Ollison replaced starting running back James Connor who suffered a season ending MCL injury in the win over the Penguins.

Pittsburgh added a late touchdown run of five yards by Darrin Hall with less than three minutes remaining in the game to give the Panthers the 24-7 victory.

Peterman finished 12 of 17 for 148 yards and a touchdown for the Panthers after replacing Chad Voytik who was six of eight for 32 yards.

Pittsburgh wide receiver Tyler Boyd had a game high eleven receptions for 95 yards. Boyd was making his 2015 season debut after serving a one game suspension for being charged for driving under the influence last June.

Zips quarterbacks Kyle Pohl and Tra’von Chapman combined to throw for just 63 yards total on 22 attempts with only seven completions. Chapman spent one semester with the Panthers before being dismissed from the program.

Akron was outgained in total yards by Pittsburgh 307 to 110. The Zips fall to 0-2 on the season. Akron hosts Savannah State next Saturday at noon at Infocision Stadium.

Pittsburgh begins the Narduzzi era at 2-0. The Panthers travel to Iowa City to take on the Iowa Hawkeyes in a prime time showdown next Saturday night at 8:00 p.m.