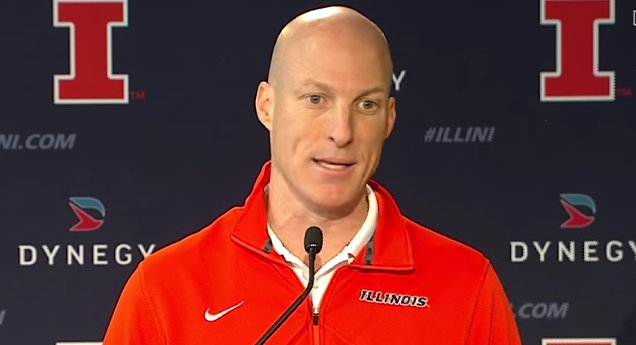 AKRON, Ohio – The rivalry between the AKron Zips and the Ohio University Bobcats is pretty intense. This season the rivalry is expected to be even better.

Groce spent the last five years as the head coach of the Illinois Fighting Illini. Groce was hired in Champaign following terrific success with the Bobcats in the NCAA Tournament.

The success in Athens, didn’t translate to the Big Ten. Illinois’ best finish under Groce was seventh in his first season of 2012-2013. Groce only made one appearance in the NCAA Tournament as the head coach of Illinois.

Groce will replace Keith Dambrot who took the head coaching job at Duquense University in Pittsburgh last month.
Groce will inherit an Akron program that has won the Mid-American Conference regular season title each of the last two season.

The Zips lost in the Mid-American Conference tournament championship game each of the last two seasons. The Zips would miss out on playing in the NCAA Tournament.

The 45-year old Groce was an assistant coach under Thad Matta at Ohio State before taking the head coaching job at Ohio University.