Akron loses to Troy 22-17 in a heart breaker 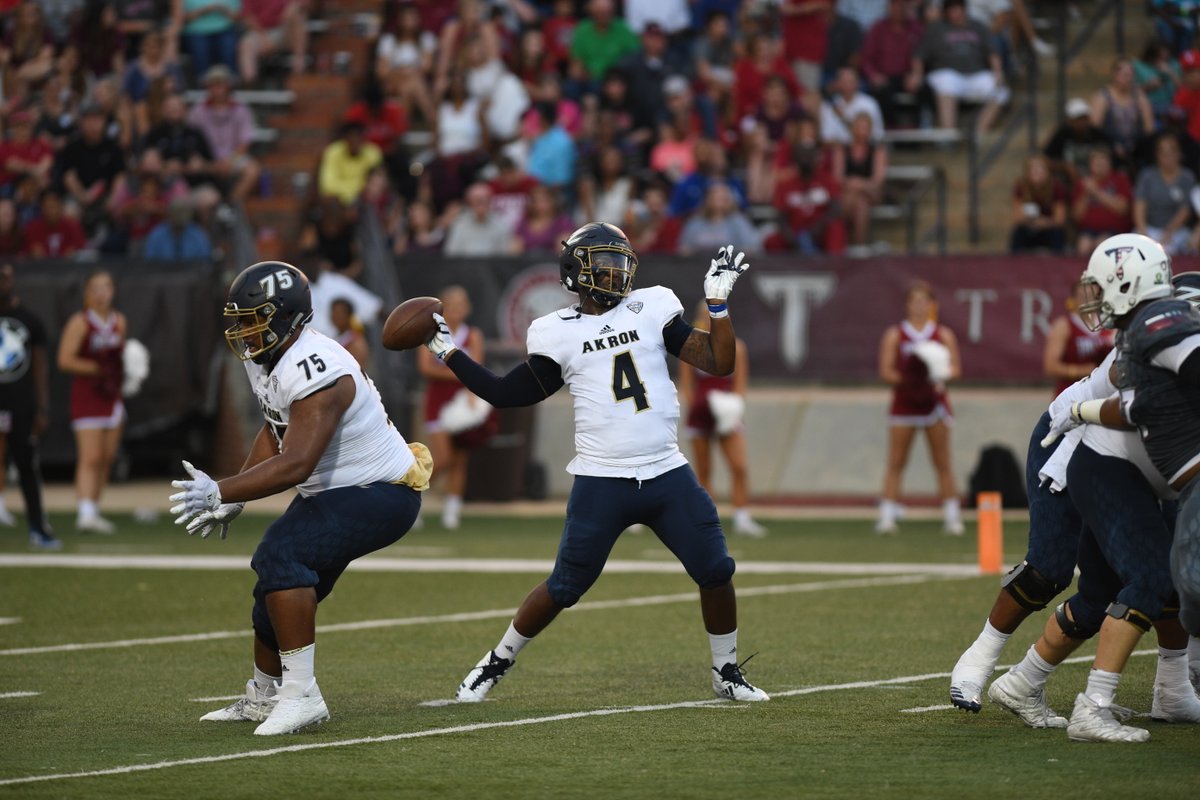 TROY, Alabama – After taking a beating from the Cyclones last week at home, Akron traveled to Troy where they lost a heart breaker 22-17 Saturday evening because of an over the shoulder game-winning touchdown catch by Troy’s Deondre Douglas.

The Zips were unable to get much going on offense in the first half and the score was indicative of it. Losing 16-3 at half, the Zips came out in the second half determined to put together a come back as they were able to take a lead late in the fourth quarter on a Warren Ball touchdown from four yards out with 5:37 left in the game.

Ball had another good game as he finished with 28 carries for 112 yards and a touchdown.

The Zips touchdown looked as if it was going to give them the win, until Troy got the ball back with a little more than three minutes remaining in the game. The Trojans capped this drive off with a 28 yard touchdown pass from QB Brandon Silvers to Deondre Douglas. The TD gave Troy a 22-17 lead, which was ultimately the final score as they missed their attempt at a 2-point conversion.

Silvers finished with 314 yards passing and a touchdown on 28-41. Running back Jordan Chunn led the way on the ground for the Trojans as he carried the ball 16 times for 106 yards and a touchdown.

Turnovers were the difference in the game as the Zips had three on the game, two of them by QB Thomas Woodson as he threw two interceptions. Woodson’s second interception sealed the win for Troy as it came on Akron’s final drive.

Woodson completed 20-40 passes for 268 yards and a TD along with those two interceptions, but will have to play better going forward if Akron wants to turn things around this season in pursuit of a Bowl game. Kwadarrius Smith was a big play maker for the Zips in the loss with four catches for 103 yards and a touchdown.

The Zips will hope to bounce back with a win as they travel to take on Bowling Green, while Troy travels to play LSU.

Akron Gets Trounced by Penn State, 52-0
Akron has a comeback week as they defeat Ball State, 31-3