Akron has a comeback week as they defeat Ball State, 31-3 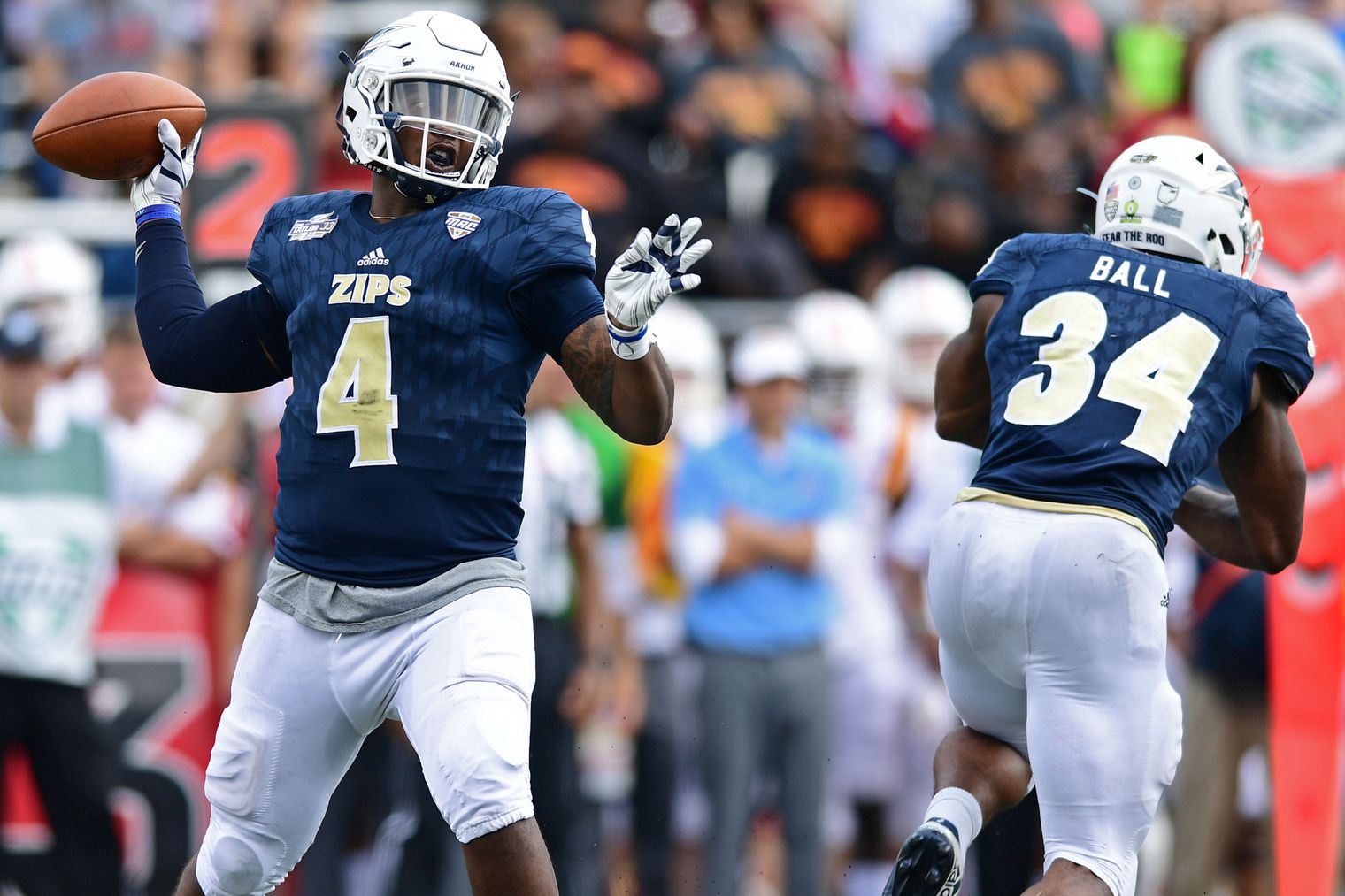 AKRON, OHIO– Thomas Woodson led the way for the Zips as they held their own at home this week with a 31-3 victory over the Cardinals on Saturday.

Woodson had his best overall performance of the year against the Cardinals as he racked up 211 yards passing and two touchdowns on 17-of-30 completions for a 137.7 rating for the game.

The game started off with a 24-yard touchdown from Thomas Woodson to Austin Wolf early in the first quarter.

The Cardinals responded with a field goal late in the first quarter, but unfortunately for them, that would be the last time they scored as the Zips defense kept them scoreless throughout the final three quarters.

Meanwhile, the Zips kept pounding the ball into the end zone.

With the injury to Warren Ball, the backfield work was split between Manny Morgan and Deltron Sands, who combined for 95 yards and a touchdown on 14 carries. Van Edwards Jr. also ran the ball seven times, but only for 19 yards.

The Zips scored twice more in the second half to put the game out of reach. Woodson threw his second touchdown of the game to Kwadarrius Smth from 21 yards out, and John Lako picked off a pass and returned it 35 yards for a score to make it 31-3.

The Zips put together a solid game without their star player Ball, and will have to continue to do so going forward since he sustained a season-ending knee injury.

Morgan and Sands will have to continue to produce in the absence of Ball in order to keep the pressure off of Woodson and the passing game. Having a healthy running game is essential in keeping Woodson effective through the air.

Akron will travel to Western Michigan next week, hoping to keep the momentum from this week’s win going.