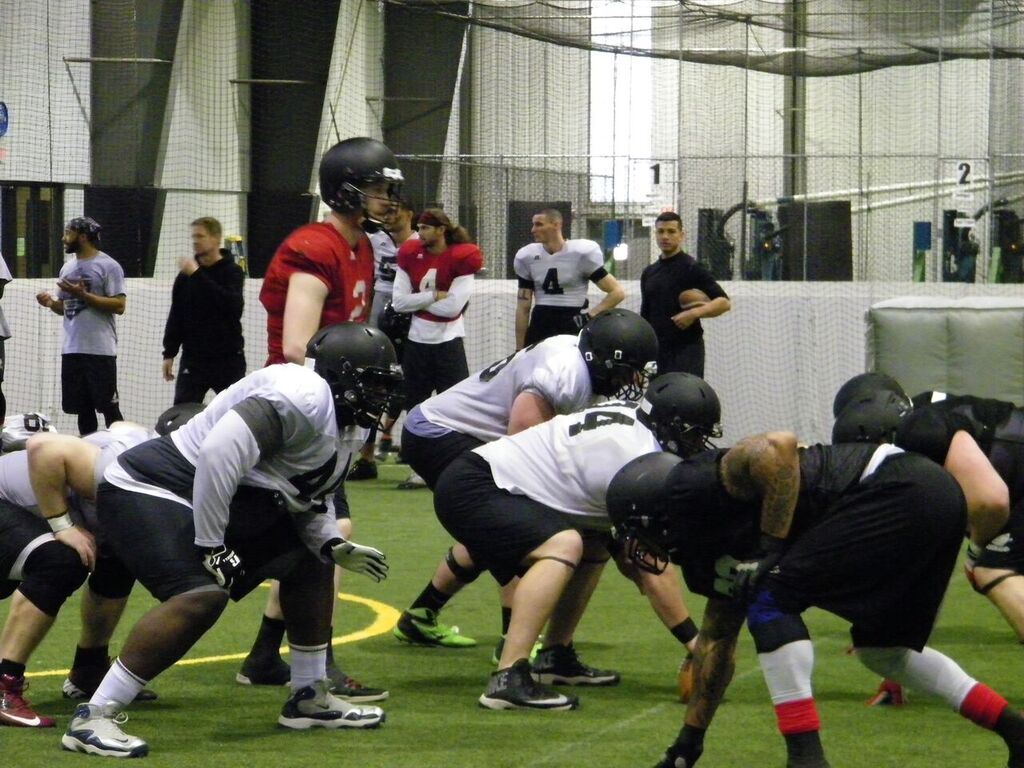 LORAIN, OHIO – The Cleveland Gladiators open the season at home against the Philadelphia Soul this Friday at Quicken Loans arena.

Training camp started on March 10th and ran through March 24th and now the team practices at The Q days before the match up. With “Stone Cold” Shane Austin signing with the Portland Steel (Formally the Portland Thunder) Chris Dieker takes command of the offense with veteran wide outs Colin Taylor, Dominick Goodman and Thyron Lewis.

The defensive side of the ball is where I’ve seen the most change but from what I’ve seen at training camp and under the wing of new DB coach and former Gladiator Dominic Jones and returning defensive coordinator Ron Selesky returning to the team, the defense will be quick and hard hitting this year.

Prepare for a close match up with the division champs on Friday. Click below to see some pictures of the Gladiators in action at training camp.