According to Adrian Wojnarowski, Cavs Signing guard Andrew Harrison no 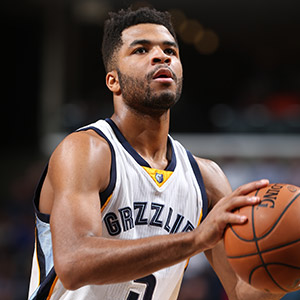 Cleveland- The Cleveland Cavaliers have waived two-way player John Holland, and have signed Andrew Harrison to a two-way contract. This move should come as no surprise, with the the Cavaliers lack point guard depth with the injury of George Hill. Previously rookie Collin Sexton was the only true point guard on the Cavs roster. 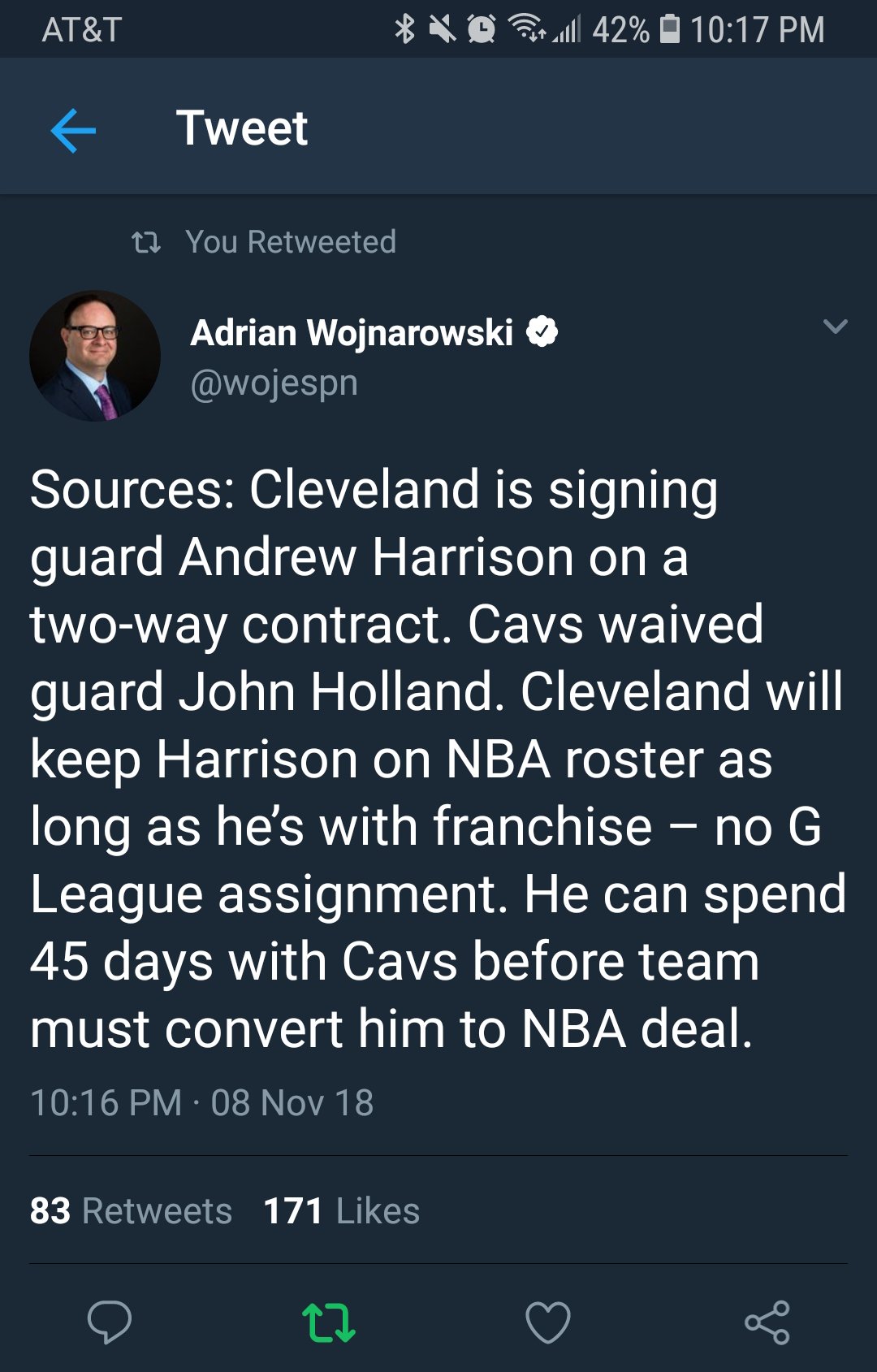 Harrison played in one game this season for the Memphis Grizzlies before being waived. In his first two seasons in the NBA Harrison played 128 games (all with Memphis), averaging 7.4 points while playing around 20 minutes per game.

It will be interesting to see if Harrison remains on the team once Hill returns. The Cavs have had two point guards on the roster all season, but adding depth for the long haul couldn’t hurt. Especially for a team like the Cavaliers, who have been bitten by the injury bug early with three rotation players (George Hill, Sam Dekker, Kevin Love) out with for at least two weeks.

Harrison will be coming off the bench behind the rookie Sexton, who was announced the starter earlier today. Sexton made his first career start last night against the Oklahoma City Thunder, scoring 15 points.