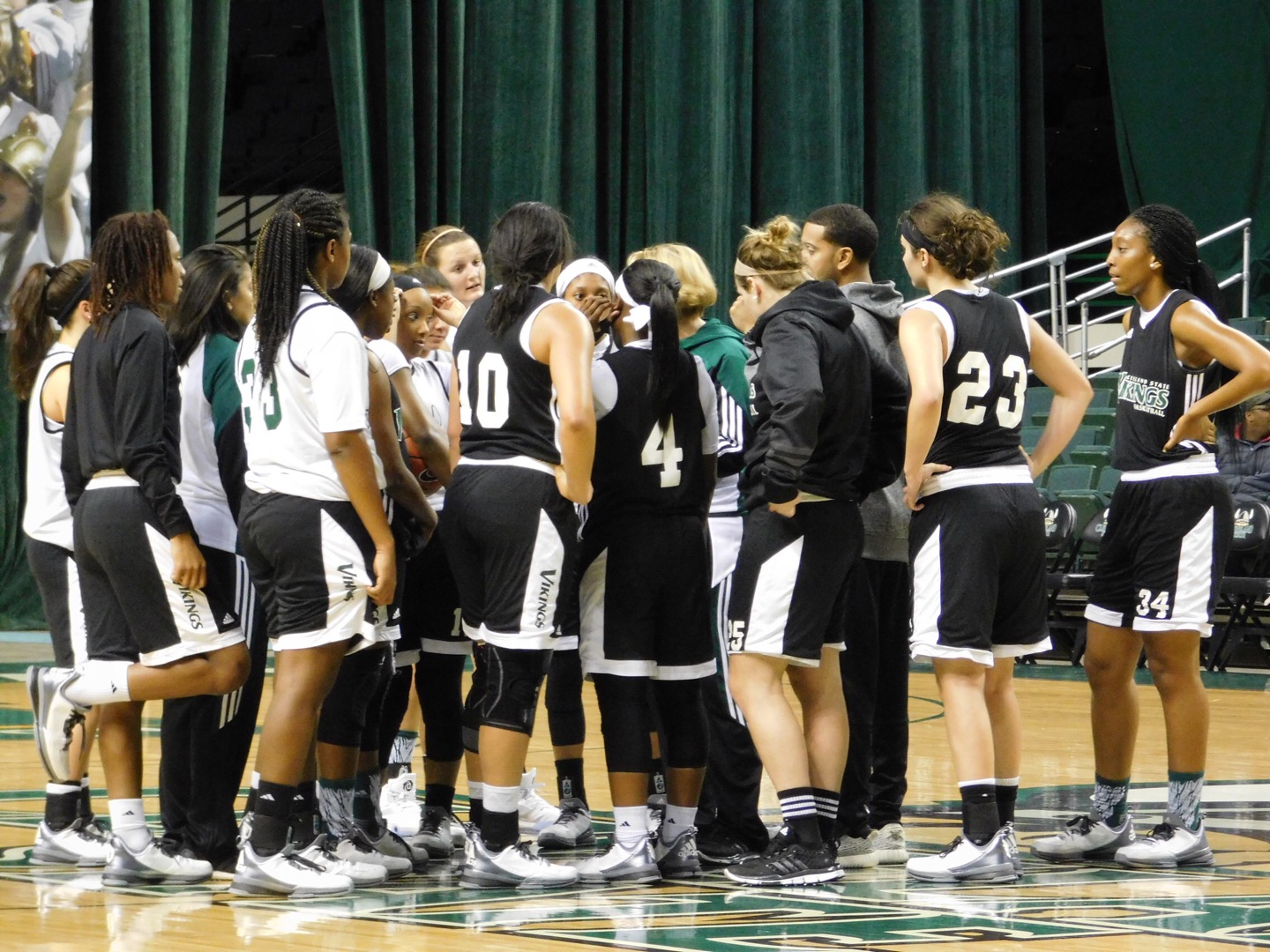 •    The Vikings will open the 2015-16 season this week, hosting Lake Erie College in their first of two exhibition contests on Monday at 7:00 pm.

•    Cleveland State is under the direction of 13-year head coach Kate Peterson Abiad, and returns seven letterwinners from last season’s squad. In addition, the Vikings also return four players who sat out the majority of last season due to injuries and welcome four newcomers for the upcoming season.
•    CSU’s season and home opener will be on Friday, November 13 – with the Vikings hosting Bucknell.

CROSS COUNTRY
•    After participating in the Horizon League Championship last weekend, the Vikings will take a week off from competition, before returning to action at the NCAA Great Lakes Regional on Friday, Nov. 13.
•    Cleveland State was paced by sophomore Samantha Butterbaugh at the Horizon League Championship last time out, with Butterbaugh placing 24th overall with a time of 23:09.

MEN’S & WOMEN’S FENCING
•    The fencing squads are out of action until Nov. 14 when CSU competes at the Case Western Duals.
•    CSU competed at the Northwestern Duals on Saturday with the men going 3-2 and the women posting a 1-2-1 record. The men defeated Detroit, McKendree and Incarnate Word, while the women topped Detroit and tied with Incarnate Word.

WOMEN’S SOCCER
•    CSU (8-9-1, 4-5 HL) opens the Horizon League Championship as the No. 6 seed and will travel to No. 3 seed Northern Kentucky for a first round match on Monday night at 7:00 pm.
•    The Vikings earned a 2-1 double overtime win at NKU in the regular season meeting on Oct. 17.
•    The Vikings dropped their regular season finale, 1-0, in double overtime at Valparaiso on Friday.

MEN’S SWIMMING & DIVING
•    CSU (2-1) returns to action when the Vikings host Marshall and St. Bonaventure on Saturday.
•    The Vikings earned a 158-68 win over Gannon on Oct. 24, winning all 13 events. Philipp Sikatzki and Tommi Wolst both won two events, while Danny Roberts won the 1-meter and 3-meter diving events.

WOMEN’S SWIMMING & DIVING
•    CSU (1-3) returns to action on Friday when the Vikings host Marshall. The Vikings will also host Marshall and St. Bonaventure on Saturday.
•    Cassandra Oltman won two events and was part of the 200 IM relay tetam in the meet vs. Gannon on Oct. 24. She won the 200 IM and 100 butterfly, while Tori Taffner won both diving events for CSU.

VOLLEYBALL
•    The Vikings return home for the final time during the regular season this weekend, beginning a three-match homestand against Wright State (Friday, Nov. 6) and Oakland (Saturday, Nov. 7).
•    Cleveland State enters the week with a 21-4 overall record and a 10-1 mark in Horizon League play after picking up a 3-0 victory over Youngstown State last weekend.
•    The Vikings will be fighting to keep their first place standing in the Horizon League, with just five matches left this year, leading second place Oakland (9-2) by one game.

WRESTLING
•    The Vikings open their dual meet season when CSU hosts John Carroll on Sunday at 4:00 pm.
•    CSU opened the season at the Clarion Open on Sunday with Riley Shaw winning his second straight title at the event, going 5-0 on the day.

Riley Shaw, Wrestling, Senior, Washington, Ohio
Shaw claimed his second straight title at heavyweight at the Clarion Open, posting a 5-0 record at the event on Sunday. A national qualifier last year, Shaw opened the tournament with a 17-2 tech fall and followed with 7-2 and 12-5 wins to advance to the semifinals. He earned 3-2 wins in both the semifinals and finals.

Samantha Butterbaugh: The cross country sophomore led CSU at the Horizon League Championship, finishing 24th overall with a time of 23:09.

Hesham Hammouda: The men’s soccer sophomore scored the game-winning goal 2:45 into OT to give CSU three key points in a 1-0 win at Green Bay on Saturday.

Nick Montgomery: The junior 149-pound wrestler posted a 4-1 record at the Clarion Open to finish as the runner-up in his weight class.