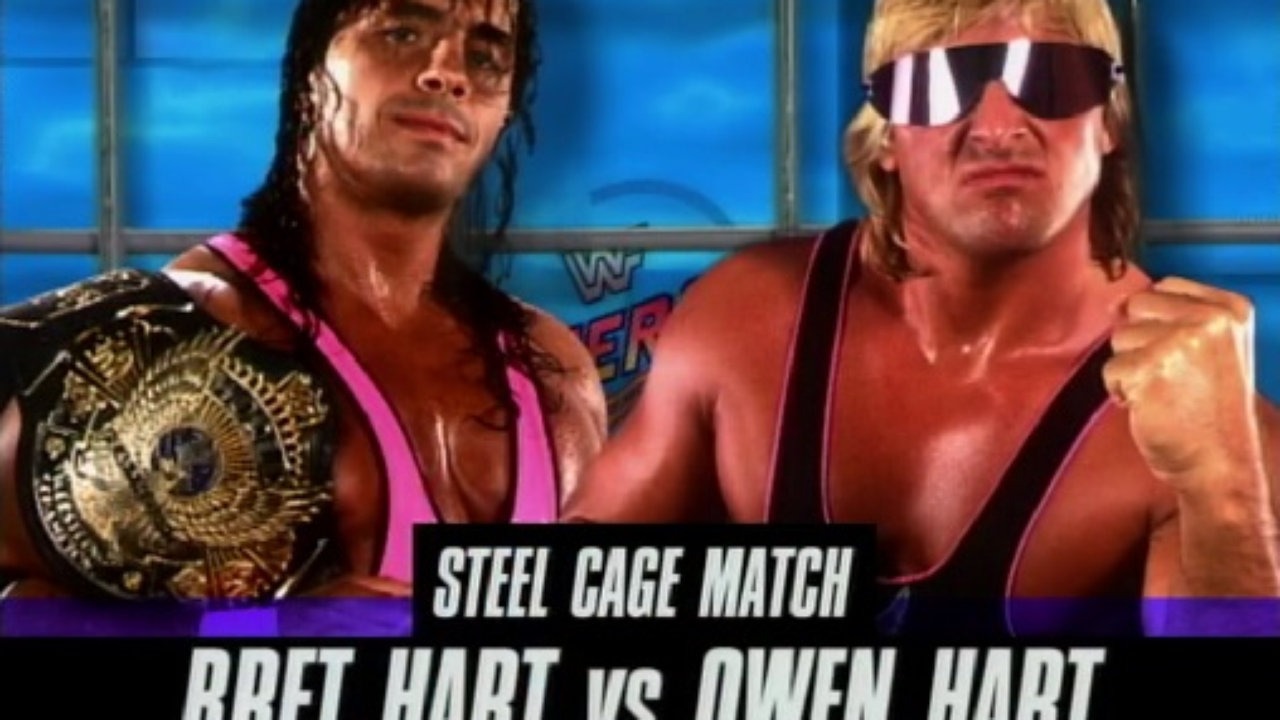 CHICAGO, Illinois – SummerSlam 1994 was the seventh annual SummerSlam, on August 29, 1994, at the newly opened United Center in Chicago, Illinois, which had opened eleven days earlier.

The WWF was hoping to bounce back from a terrible 1993 offering of the summer spectacular.

The pay-per-view had two main events, one great, one not so much. The good one was Owen Hart against his brother Bret Hart in a steel cage match. It was a rematch from Wrestlemania X where Owen Hart upset his older brother with a big victory. Bret would even the score in the cage in thrilling fashion as he toppled Owen in the 33 minute grudge match.

The match ended after Bret threw Owen’s head into the steel cage and Owen’s leg became trapped between the cage’s bars. Bret climbed over the top of the cage and dropped to the floor to win the match and retain the title. After the match, Jim Neidhart attacked Davey Boy Smith, another brother-in-law of the Hart brothers. Owen padlocked the cage, and he and Neidhart attacked Bret until the other Harts could intervene.

The second main event match had Paul Bearer’s Undertaker fighting Ted DiBiase’s Fake Undertaker played by Brian Lee in a match we are all still trying to forget. Yawn!

The undercard did have a few gems as Razor Ramone defeated Diesel to reclaim his WWF intercontinental title. Razor had NFL Hall of Famer, the late great Walter Payton in his corner.