AIW Wrestling Presents: Gauntlet for the Gold at Our Lady of Mount Carmel Friday Night 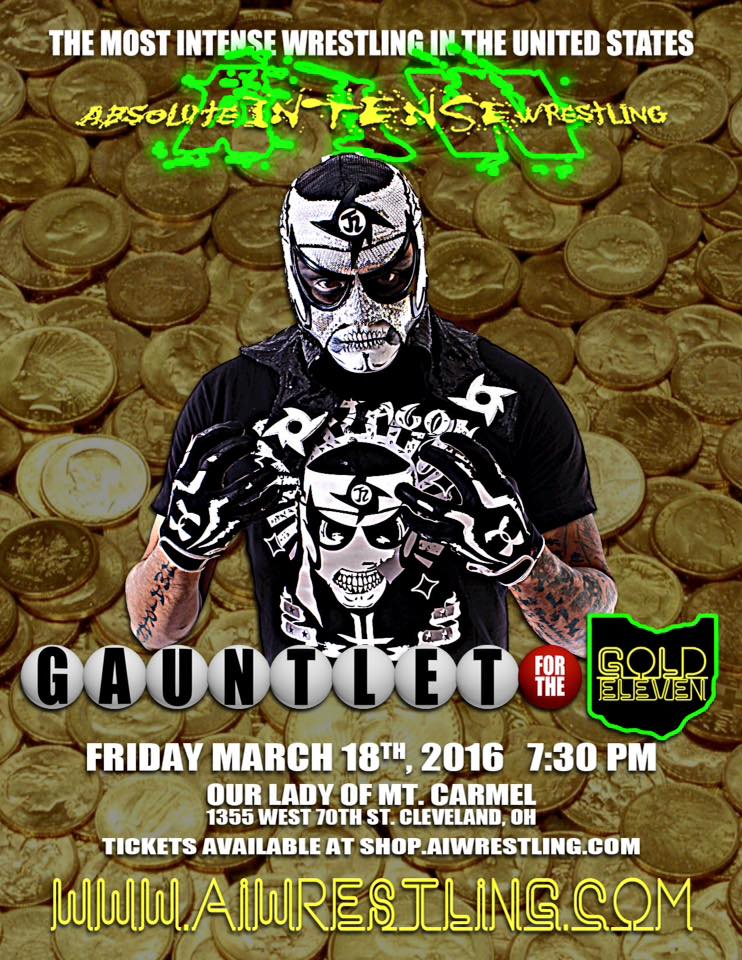 Fatal Four Way
Cedric Alexander vs Louis Lyndon vs Johnny Gargano vs Joey Janela
Cedric Alexander returns for the first time since he faced off against Candice LeRae, at Big Trouble in Little Cleveland. Louis Lyndon returns for the first time since Hell on Earth 11 , when he defeated Alex Shelley. Lyndon was scheduled to wrestle back in February but was injured. Johnny Gargano returns to AIW since Keep the Change, Ya Filthy Animal. Gargano has been away doing NXT Live shows. Joey Janela will be making his AIW debut. This Fatal Four Way will be amazing, athleticism at it’s finest. Will this be Johnny Gargano’s last AIW show?

Singles Match
Alex Shelley vs Candice LeRae
Let’s try this again. At Don’t Feed Us After Midnight, Shelley was expected to compete against Candice LeRae. On that day, the weather wasn’t to pretty and Shelley couldn’t make it to the show. The replacement for Shelley that night was Eddie Kingston. At Hell on Earth 11 after Shelley was defeated by Lyndon, Shelley told the AIW fans that he wants Johnny Gargano one last time. Will this match set up Gargano vs Shelley?

Singles Match
Raymond Rowe vs Pentagón Jr.
Pentagón Jr is coming from Lucha Underground all the way to Absolute Intense Wrestling. On the other hand, Raymond Rowe is returning to AIW for the first time since cashing in his J.T Lightning Memorial Trophy on then champion , Rickey Shane Page, and losing. During JLIT weekend, Raymond Rowe had an amazing match with Nick Gage. If you by any chance missed out on that match, you can expect to see something like that again when Rowe fights Pentagón Jr. This match will be intense. According to the AIW twitter , they say that Rowe and Pentagón Jr are two of the most violent men in professional wrestling. You cannot miss this match. This will be the first time ever this match is happening.

Dick Justice & Missy Hyatt Wedding
Dick Justice and Missy Hyatt are tying the knot, during the show! If you have ever wanted to witness a wrestling wedding, now is your chance.

With 10 names already announced 20 more spots have to be filled. Who will fill them? Find out by going to Gauntlet for the Gold 11, March 18th.