5 Thoughts on the Miller Trade 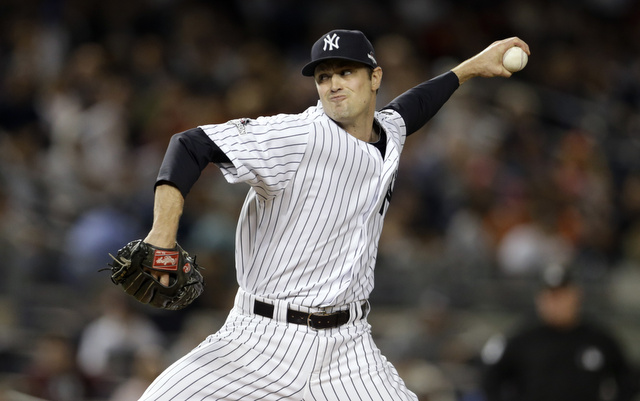 Today, the Indians proved they are serious about being World Series contenders this year with a blockbuster trade for Andrew Miller and a near trade for Jonathan Lucroy.  The Tribe is sending top prospect Clint Frazier, lefty Justus Sheffield, and right handers Ben Heller and J.P. Feyereisen to the Yankees in exchange for the dominant lefty reliever.  Here are my 5 thoughts on the Miller trade and the non-trade for Lucroy:

While the trade rumors can sometimes be a distraction for the team, completing a deal for a player of Miller’s caliber sends a strong message that the front office believes in the team.  The Tribe was already gaining momentum with a clean sweep of the A’s this weekend, and the trade for Miller can only provide more momentum and excitement in the clubhouse.

2. Frazier will probably be a star, but there’s no guarantee.

The tough part of a blockbuster trade is giving up prospects that have been growing in the Tribe farm system for years.  Frazier has all the makings of an outfield star, and Sheffield has a bright future ahead of him as well.  However, top prospects don’t always pan out into the stars they were projected to be (think Matt LaPorta in the C.C. Sabathia trade).  It may sting to think of the strong possibility of Frazier blossoming into a star with the Yankees, but the instant reward of Miller on the roster eases that sting.

3. Lucroy isn’t the only catcher available.

Lucroy using his no trade clause to waive the trade was strange and a bit unexpected.  It would’ve been nice to see him in the lineup, but it may be a blessing in disguise for the Tribe.  Francisco Mejia has a chance to be a great catcher a few years down the road (although again it’s never a sure thing), and the Indians still can fill their need for a catcher with a few other options.  San Diego Padres backstop Derek Norris, former Twins All Star Kurt Suzuki, or the Angels’ Geovany Soto could be cheaper options Cleveland can turn to after being spurned by Lucroy.

That’s probably the most obvious fact amidst all the trade news today, but it bears repeating that the Indians just got one of the most premier relievers in the game and have control of his contract through 2018.  Miller has a dazzling 1.39 ERA this season and has given up 8 total runs in 44 appearances.  And he’s pretty much just as dominant whether he’s facing righties or lefties; right handed batters hit .167 against him while southpaws hit .195.  He also has a 0.00 ERA with 10 strikeouts in 8.1 innings of playoff work.  Miller is a special player, and now he is a Cleveland Indian.

5. Tribe pitching could be even more dominant in October.

Tito Francona said today, “We have guys at the end of the game that are a little bit interchangeable not only in their willingness, but different kinds of skill sets, different actions, different left/right. And we’re going to have a chance to leverage guys, and believe me, we will.”  That mixing and matching could be intensified come October and make Tribe pitching even more dangerous.

Most teams cut their rotation down to 3 starters in the postseason due to playoff schedules and pitching guys on 3-days rest.  That means the Indians could potentially start Corey Kluber, Danny Salazar, and Carlos Carrasco and make Trevor Bauer and Josh Tomlin relievers to make an already loaded bullpen even better.  A flamethrower like Salazar could really let loose and throw hard knowing he only has to go 5 – 6 innings.  Bauer and Tomlin could work the 6th and 7th innings, and the trio of Bryan Shaw, Cody Allen, and Miller can slam the door on opponents.  That’s not to mention the job Dan Otero has done this season and getting Tommy Hunter and Jeff Manship back healthy.  AL teams already have been saying they don’t want to face the Tribe pitching staff in the playoffs; with Miller the task for opposing offenses grows even tougher.