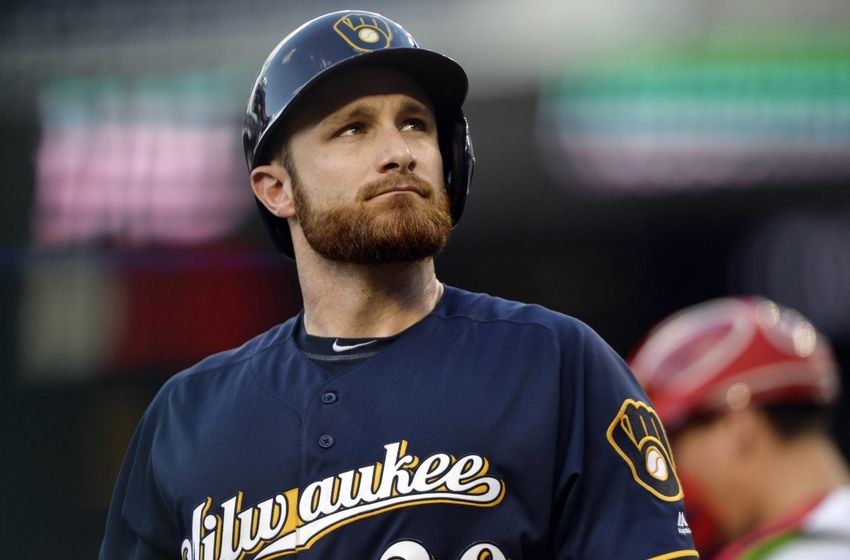 CLEVELAND – It’s like a punch in the stomach. Brewers catcher Jonathan Lucroy, who Indians fans have been clamoring for the last few weeks, has decided to stay in Milwaukee, as he’s vetoed a trade to the Indians.

For the Indians, it’s a tough pill to swallow, as the team felt it had filled two huge holes with Lucroy, as well as Yankees relief pitcher Andrew Miller, who is coming to the Indians after a deal with the Yankees.

Lucroy had eight teams on his list that he could say ‘no’ to, and the Indians were one of those teams.

It’s an odd move from the standpoint if the catcher is all about winning – why would you not come to the Tribe, who enter Sunday 4.5 over the Tigers for first in the AL Central, and 9.5 over the White Sox and 11 over Kansas City.

The Indians were willing to part with four quality prospects to land Lucroy, including catcher Francisco Mejia, and outfielder Greg Allen, who was in Double-A with Akron.

ESPN’s Buster Olney reports that Indians fans shouldn’t give up hope yet, as the team will still try to do what they can to get Lucroy to change his mind, hopefully before Monday’s MLB trade deadline, but as of now the front office is likely saying ‘forget about it’ in terms of still getting the catcher.

Personal appeals might go out to Lucroy, but CLE FO moving on w/ other stuff; FO figures if he doesn't want to be w/CLE, they don't want him

USA Today’s Bob Nightengale says the reason Lucroy blocked the deal is it would kill his free agent value after next season.

Since they also have injured Yan Gomes under contract through 2019, the Indians plans to reinstall Gomes as their everyday catcher next year. Lucroy would have been the backup catcher, playing first base and DH, in essence, killing his free agent value.

Lucroy offered to accept the deal if the Indians would agree not to exercise his $5.25 million option, but the Indians rejected it.

Twitter React: All In Tribe Getting Plenty of Love After Reported Deals for Lucroy and Miller
Report: Rangers Back in the Mix for Brewers Catcher Lucroy