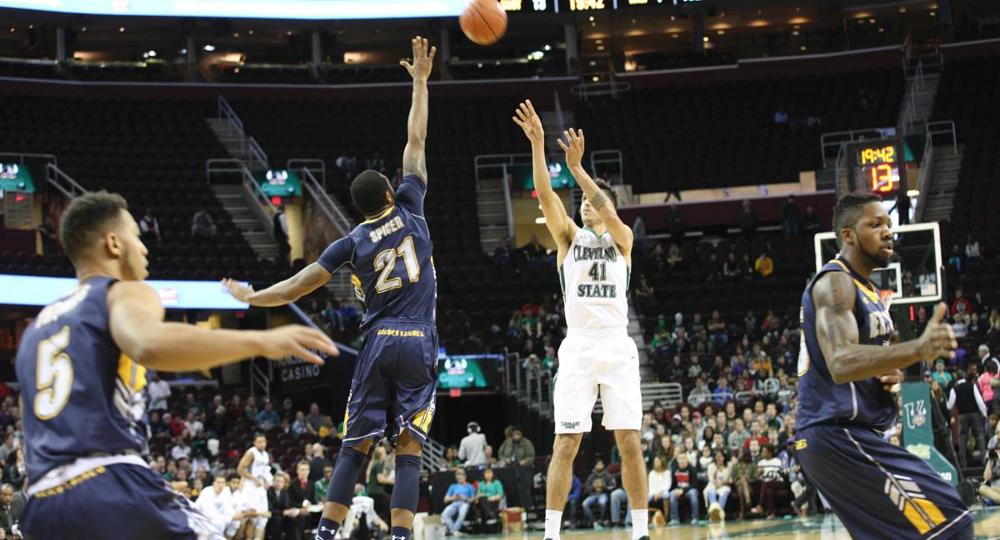 GREEN BAY – Cleveland State had four players in double figures, but Green Bay used a strong second half and large advantage at the free throw line to claim a 78-61 victory over the Vikings in CSU’s final road game of the season.

Charles Cooper had 15 points for the Phoenix, while Jordan Fouse tallied 12 points and 10 rebounds.

Green Bay raced out to a 16-6 lead five minutes into the game, forcing a quick CSU timeout. The Vikings responded with a 15-4 run over the next five-plus minutes to take a 21-20 lead on a Yates layup. Jordan Fouse followed with a free throw on the other end to knot the contest at 21-21, but Zollo answered with a three-pointer on the other end to give the Vikings a 24-21 lead.

The Phoenix opened the second half with a 19-4 run to take a 55-42 lead with 11:58 left to play. The Vikings pulled within nine points (57-48) on a pair of free throws by Yates, but Carrington Love hit a three-pointer with just over six minutes left to push the Phoenix lead back to 14 points (64-50).

The Vikings return to action on Thursday (Feb. 25) when CSU hosts Northern Kentucky at 7:30 pm in the Wolstein Center. It will be a doubleheader with the CSU women hosting UIC at 5:30 pm.