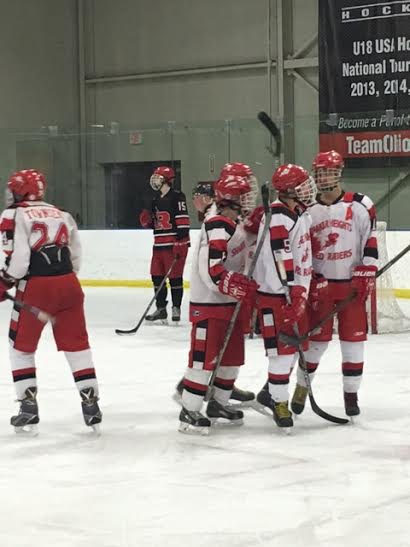 BROOKYLN, OHIO – The second match up of Baron Cup I Quartefinals action for Wednesday Night had #1 Shaker Heights face off against #8 Kent Roosevelt.

In the last meeting between these two teams, Shaker Heights defeated Kent Roosevelt 4-0 back in January at Kent.

Shaker Heights scored first at the 14:10 mark with a goal from Jason LaMonica with an assist from Britt Anderson.

In the second period Shaker Heights and Kent Roosevelt played a scoreless period.

Kent Roosevelt scored at the 3:01 mark to avoid the shut out with a goal from Phil Kadorte that was assisted by Lyndon Rainey.

Shaker Heights will play winner of tonight’s match up of #4 Kenston and #5 Western Reserve Academy on Saturday for the right to play in Sunday’s Championship Game.