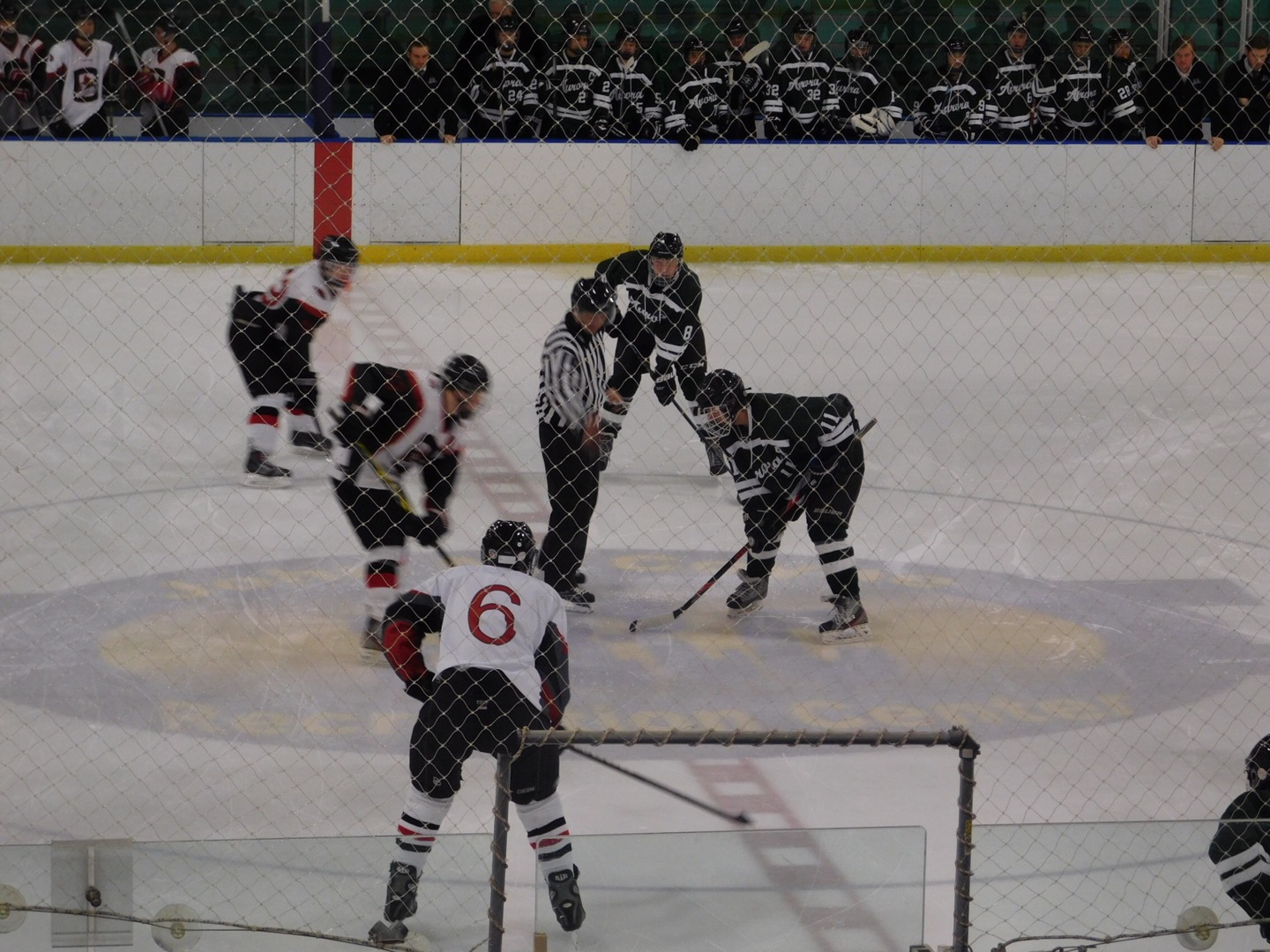 BROOKLYN, OHIO – Before today, Aurora and Canfield had once this season with Canfield beating Aurora 5-3 on Aurora’s home ice. Today’s matchup for the Baron Cup III would be a great opening game for the day’s triple header.

Canfield would apply pressure early and often, but Aurora would be the one to capitalize when it counted. Joe Capretta would score early for the Aurora Greenmen at the 12:51 mark of the first period assisted by Matt Vince to give Aurora the 1-0 lead.

The rest of the first period and the entire second frame would go scoreless. Then the insurance goal would come for Aurora with 53 seconds left in the final period to put Aurora 2-0 and get the victory scored on an empty Canfield net by an unassisted Jack McCormick.

Aurora goaltender Kevin Hutchinson would record the 20 save shut out and the win, while Pat Byrne took the loss with 23 saves.

Aurora will take on the winner of the CVCA and Bay match-up who play tomorrow (Thursday February 11th) to complete the first round quarter-finals of the Baron Cup III Tournament.