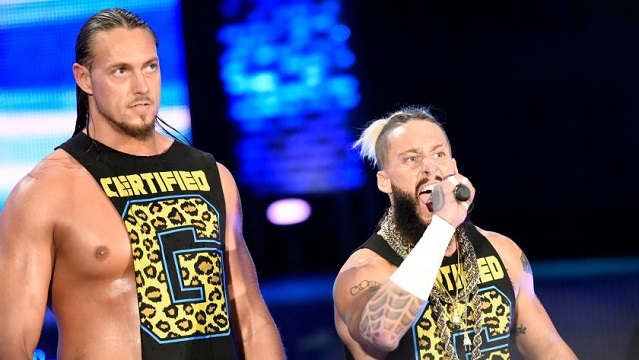 4 – A few random thoughts on the Triple Threat match with Samoa Joe, Finn Balor and Bray Wyatt.  One, the entrance music for Samoa Joe is God Awful!  How do you expect a guy to be a beast like Joe, and come out to that cheesy canned music?  That is a terrible decision on someone’s part.  Also, these are 3 of the best talents in WWE currently, and instead of them getting pushed for a Universal Title run, they will be used as feed for Reigns and Lesnar until WrestleMania 34.  I truly hope that changes but wil not hold my breath.  We saw it again in the main event with Reigns going over Seth Rollins.

5 – What a fall from grace for Sasha Banks.  She goes from headlining Pay Per Views not that long ago, to taking part in mixed tag matches with 205 Live competitors?  Is she being punished for being so injury prone?  Also, where has Nia Jaz, Mickie James and others been as of late? Nowhere to be found.  The one good thing coming from this storyline is the much deserved TV time allotted for Alicia Fox as the cohort of Noam Dar.

6 – Corey Graves again is in the middle of a mystery angle as he is coy about it, but pretty much accuses Big Cass of being behind the attacks on Enzo.  In fact, Big Cass hears this and comes out to confront Graves.  Great foreshadowing earlier in the show with Graves saying that people tend to “tell him things”.  Sure enough, Enzo is attacked again with Cass getting there after the fact.  Interesting twist putting both Graves and The Revival in this storyline as well.  All signs point to Cass however. 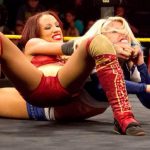