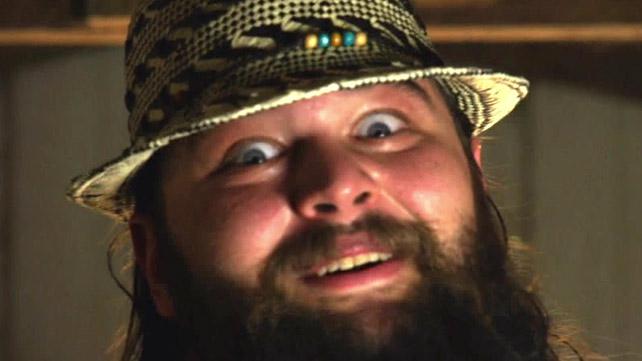 Fresh off the heels of a terrific Great Balls of Fire Pay Per View last night, the WWE really dropped the ball with RAW tonight.

I’ll start with the beginning of the end.  Not only was it very predictable that Seth Rollins vs Bray Wyatt would rematch tonight after the quirky finish last night.  But does anyone remember when Bray Wyatt’s entrance used to be one of the coolest things about him?  It rivaled The Undertakers entrance as one of the coolest in the game.

Not anymore, it has gotten so stale, that now the WWE even cuts to commercial during it.  Also, how does this match go from jerking the curtain last night to the main event tonight?

Now, back to the start of the night with Big Cass coming out during the opening segment.  While the typical heel promo was starting to work, the thing that yours truly has been predicting would happen for weeks, surely did as The Big Show came out to confront and attack Cass.

This was no shock as it more then seemed like the most likely thing to take place.  It is also a no brainer to think Cass will go over Show at SummerSlam.  Despite the great promo’s from Enzo, the WWE creative team insists on taking the same old predictable basic route on this entire storyline.

The Main Event of SummerSlam also no longer appears to be a mystery as the long rumored ( by me) Four Way Dance for the title appears to be shaping up nicely.  Next week will be step one in that process as Samoa Joe vs Roman Reigns will take place for the number one contendership.  It doesn’t take a rocket scientist to predict Braun Strowman will interfere, cause a no decision and force Angle to make it the long awaited 4 way at Slam.

Please tell me this Ambrose vs The Miz feud is ending right? Nope,,,,, DANG!

A feud no one is caring about will continue on as the two got back into tonight with Ambrose ruining the “Mizzies“.  Maybe not predictable, but certainly disappointing.

Also, 3 Tag Teams were featured on RAW tonight, none of which were the champs.  As The Hardy Boyz were attacked by The Revival after their match with Gallows and Anderson.  So, the champs win a thrilling 30 minute Iron Man match, and then don’t appear on the flagship show?

More predictable booking saw Bayley and Banks defeat Nia Jax and Alexa Bliss.  Again, wrestling logic 101, having the champ lose in a match that doesn’t involve the title.  This continues to make Banks look like a serious threat to the strap.  Smart booking, yet predictable.

All in all, a decent RAW, but not one that did anything to advance any storylines past anywhere we already saw them going.  Next week however, should be interesting with the mysterious Kurt Angle “text messages” getting revealed as he will come clean at the urging of Corey Graves.

After a great pay per view, my only concern is that the WWE may get lazy with their booking until August begins and the drive towards SummerSlam starts.