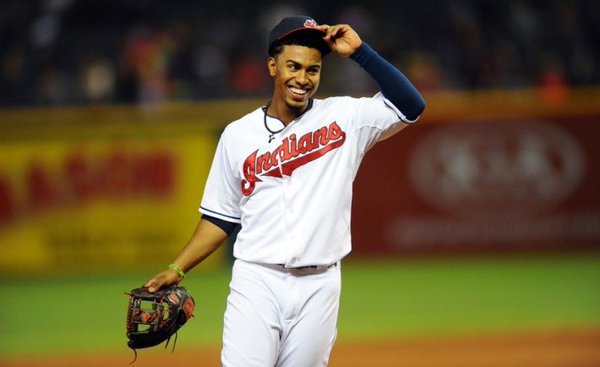 CLEVELAND – In the end, it was pretty funny, but at the moment it happened Indians SS Francisco Lindor probably wanted to find a rock to crawl under.

The hot-hitting Tribe leadoff hitter went to the plate in the first inning Sunday ready to take on right-handed pitcher Danny Duffy of the Royals.

Which is a problem right there – Duffy is a lefty.

Once Lindor realized that he was facing a lefty, like Clark Kent into Superman, he quickly changed into the proper helmet and shin guard.

He flied out in his first at-bat, but on the day continued to be a terror at the plate, going 3-for-4 with a double, run scored and he lifted his average to now .321 on the season.

Here’s the video of the first inning hijinks from Lindor.

Gomes and Kluber Lead Indians to Easy 11-2 Win Over Royals; Three Takeaways From the Win
Indians Drop to 11th in the Latest ESPN MLB Power Rankings