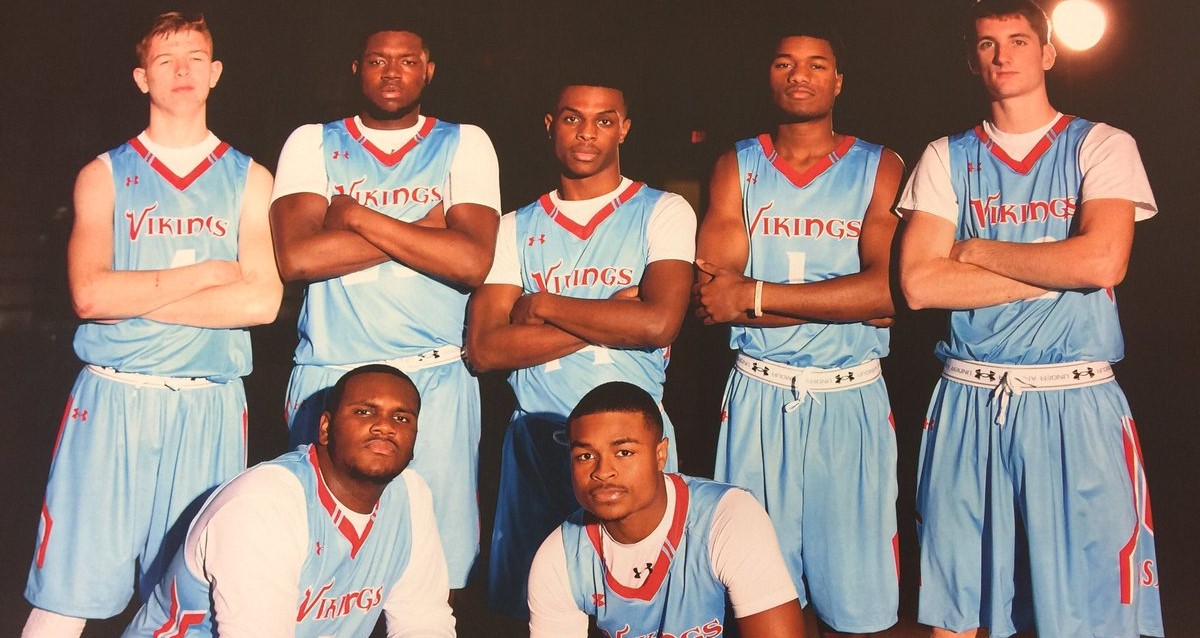 *Don DiFrancesco and Matt Medley contributed to this article.*

The early start (10:45 AM) to the state semifinal game posed no problem for Cleveland’s Villa Angela-St. Joseph High School. According to Coach Babe Kwasniak, the Vikings regularly have morning practice sessions. Friday’s result was a testament to the early bird as VASJ advanced to Saturday’s title game with a convincing wire-to-wire 73-50 victory over Proctorville Fairland.

Senior guard Will Butler came off the bench early and provided instant offense for the Vikings, now 22-6 on the season. Butler hit three 3-pointers and scored all 16 of his points before intermission as VASJ grabbed a 39-19 halftime lead. Kollin Van Horn, a 6’8” junior, was a force inside for Fairland with six rebounds and eight first-half points for the Dragons from Lawrence County.

In the third quarter VASJ’s Alonzo Gaffney made sure that there would be no doubt as to the outcome. He put on a show with a variety of rim-rattling dunks on his way to a game-high 18 points. The Vikings’ 6’8” sophomore center also tied Van Horn for the game-high in rebounds with nine.

Fairland junior guard Keedrick Cunningham scored 15 of his team-leading 17 points in the second half, mostly on a variety of driving layups. Luke Thomas, another junior guard for the Dragons, sank three 3-pointers on his way to 11 points. Van Horn finished with 10 points as Fairland closed out its season at 25-2.

As usual, VASJ received a strong overall game from Jerry “Call me Gene” Higgins. The 5’9” junior guard scored 17 points (right about at his team-leading average of 16.9) to go with three assists and three rebounds. 6’4” senior forward Danny McGarry was right there with Higgins, guiding the controls of the Vikings’ ship. He led the team with five assists and added 11 points and five rebounds to the potent VASJ mix.

With the win, the Vikings advance to the State Championship for the fifth-straight year, and look for their seventh title in school history.

VASJ takes on Roger Bacon Saturday at 5:15 pm for the Division III State Championship. Watch the game on Spectrum Sports and follow @NEOSportsInside on Twitter for live updates from the Schottenstein Center.