Upon Election To Baseball Hall Of Fame, Jim Thome Graciously Reflects On His Journey To Cooperstown 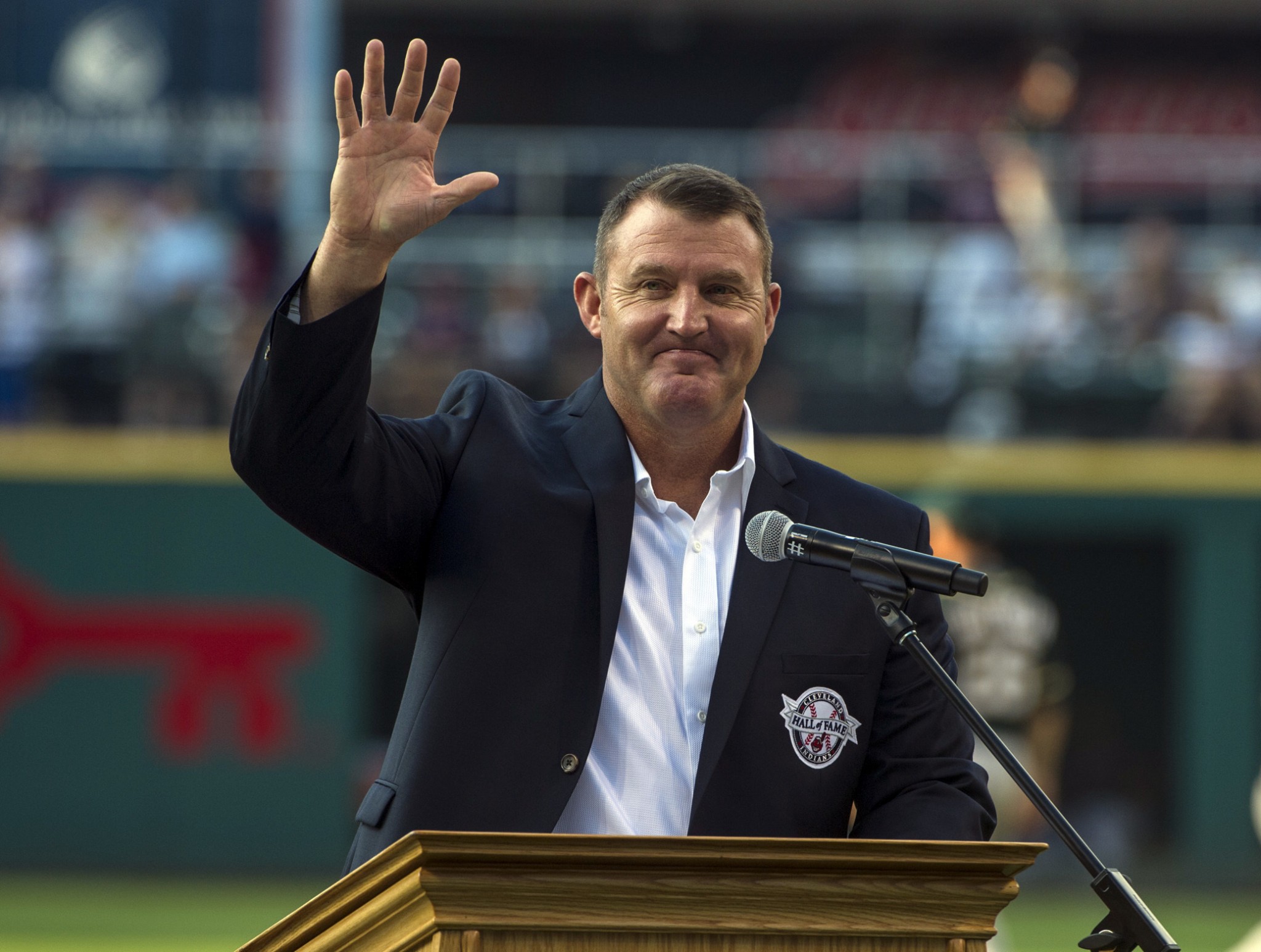 Wednesday was years in the making for Jim Thome, a dream fulfilled. Finally, the former Cleveland Indians great had reached the Baseball Hall Of Fame. He was Cooperstown-bound.

Thome, who was elected to the 2018 Baseball Hall Of Fame Class, joins Chipper Jones, Vladimir Guerrero, and Trevor Hoffman as part of the wave chosen by the Baseball Writers Association Of America. They’ll join Alan Trammell and Jack Morris as the complete class.

Wednesday night, Thome reflected on his career and the people and places along the way.

The first thing that pops up the page when looking at what Thome accomplished is the number of baseballs he mashed throughout his career in the big leagues. He finished with 612 home runs, good enough for eighth all-time. Whatever ballpark he was in that day knew they were in for a treat when Thome and the team he was with arrived.

Thome never looked at the history he was making while still playing.

“I never thought about the end result. I thought about the daily process of improving,” Thome said in regard to whether or not he looked at his personal accolades as they continued to grow and thought about how far he could really go in the record books. “As the process went on, I really embraced it.”

Thome can now embrace his name being amongst the best sluggers ever to step to home plate. And for that, he’s very gracious for Charlie Manuel.

Manuel, who managed the Indians from 2000-2002, served as the hitting coach for the Tribe from 1994-1999. However, his time in the minors with Thome is what the now Hall Of Famer will remember.

Early on in his minor-league stint with the Tribe, a young Thome looked very uncomfortable at the dish. Manuel decided to step in one day and help Thome relax.

“The day we made that move, there was a couple of them,” Thome starts by saying while describing the day Manuel rearranged the way he stood at the plate. “It was to point the bat to get me to relax and kinda slow down and not be so tense in the box. Then the other move was to open me up. My hips would get crossed up and when he moved my back foot to home plate, I think what it did is it freed me up like no other. I remember the day it happened and from that point on, I thought ‘Man, like I’m free. I’m entering the baseball in areas that I’ve never done before.”

Thome, who spent eight seasons with Manuel during seasons with Cleveland and the Philadelphia Phillies, definitely had a bond with the longtime manager.

“Being around Charlie Manuel and having a guy like that that I could go to when those times went bad and also when the success started happening, I had this special bond. It was very blessed and fortunate to have a guy like that around that you could lean on and be able to look to during both of those times.”

Thome expounded upon how much Manuel meant to him throughout his MLB tenure.

“This is a father-figure, this is my guy. I wouldn’t be here if it wasn’t for Charlie. We had this bond together that was very special and I feel the lucky one because I embraced it and I guess also wisely took it and ran with it because of what he gave. He gave his time, he gave his passion, he gave his life to the game of baseball and I was the one that reaped the rewards for many, many years. Even when we weren’t together, which wasn’t very much, he was always that guy I could go to and call and just ease your mind as a friend, ambassador, instructor, all of the above.”

Thome spent time with the Philadelphia Phillies, Chicago White Sox, and Minnesota Twins. Growing up in a Midwest state, Thome reflected on what playing for those teams meant for him.

To start, he talked about Chicago, the closest to home.

“Very special. I think when mom passed away, I think it brought a lot of happiness to my family obviously being so close. It was a fun, fun four years of just excitement and they got to come up which I think eased the pain of mom’s passing. And I think that’s the great thing baseball does is it has ways of doing that in life. I love the fans, I love the White Sox organization and they’ve always treated me with the utmost respect.”

Moving on to Philadelphia, a city where he only spent three seasons with but surely felt something special.

Well I think Philadelphia made an impact on me. When I went there, I only knew one thing and that was Cleveland. I loved Philadelphia. To this day it is something I embrace. The fans treated me so great there and I truly, truly loved every moment.

And lastly, Minnesota. The place where he hit his six-hundredth home run.

“The Minnesota time was so special. It fit me so well at that time in my career and the driving force for me after the first year was to make sure I went back there to be able to hit that milestone of 600 (home runs). I love the people there, they’re some of the greatest people.”

Thome sums up his career with one line and it fits as well as one could imagine.

“The message I think I would send is every Midwest kid can dream of a day like this and I’m living it today.”

Near the end of a conference call with the slugger, Thome was asked about the Hall Of Fame and his favorite part. Not being able to pick one exhibit, Thome talked about how special Cooperstown is to him.

Thome can now join the ranks of the guys he looked up to and admired when looking through all of Cooperstown. Not only will his baseballs be there, his entire career will be for everyone to admire and appreciate. After twenty-two years in the bigs, he earned it.