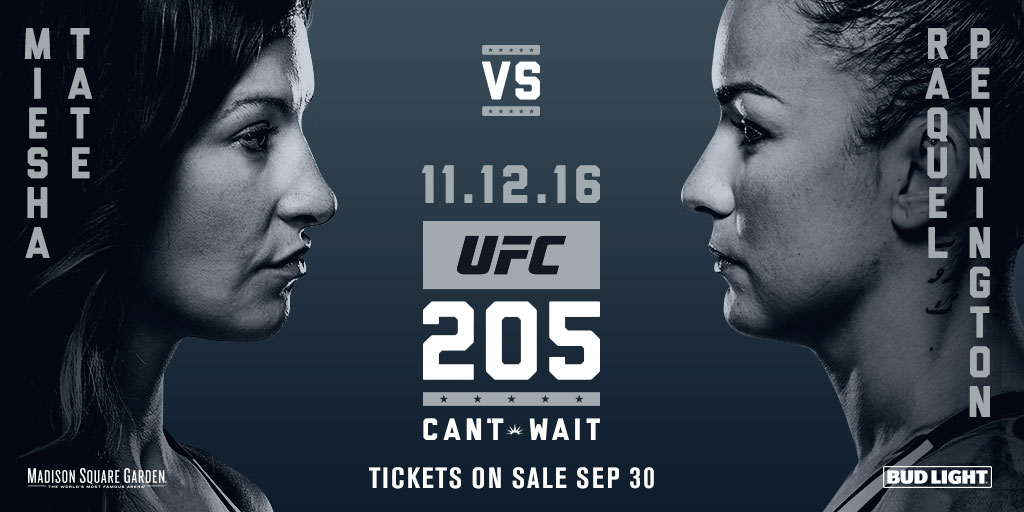 Miesha Tate returns to the Octagon in a fight against a familiar face.

Tate will be facing Raquel Pennington, who Tate coached during The Ultimate Fighter. It will be a weird experience for Tate I’m sure, but she has one thing on her mind tonight and that’s winning. Tate lost her bantamweight title to Amanda Nunes at UFC 200, Gate’s first title defense after defeating Holly Holm in an instant classic. Now, she finds herself looking to become the outright number one contender.

Raquel Pennington has a chance to take a step in the right direction here, as she is on a three-fight win streak and can really make a statement on Saturday. Pennington really resembles her nickname “Rocky”, as she has absolutely zero quit in her. She stands and trades punches with anybody, so this could be a chance for her to show off her heart and take out one of the best female fighters of all-time.

I don’t think that happens. Miesha Tate will win this fight by unanimous decision.